Lawan, others in Katsina for Turbanning of Yusuf Buhari 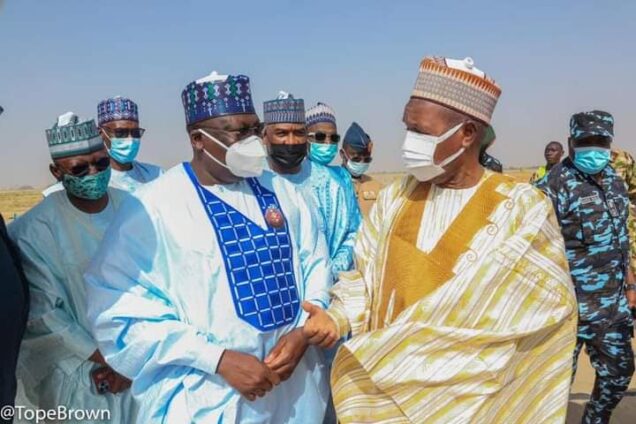 President Buhari’s son would be turbaned by the Emir of Daura, Alhaji Umar Farouk as Talban Daura, making him the District Head of Kwasarawa.

Alongside Lawan, other senators who flew into Katsina are; Senators Yusuf Abubakar Yusuf, Mohammed Sani Musa, and Bello Mandiya.

The Emir had previously said that Yusuf is being turbaned to reciprocate all the good things his father, President Muhammadu Buhari, has done to Daura.

“We are giving him this title to reciprocate all the good things his father, President Muhammadu Buhari, has done to Daura.”

“Even if you don’t like Buhari, you know that Daura of today is different from what it were six years ago. So, to reciprocate this gesture, we gave him the title of Talban Daura, which he gave to his only son, Yusuf.

The Senate President is expected back in Abuja immediately after the event.