El-Zakzaky: How Nigerian soldiers killed my 3 sons in my presence 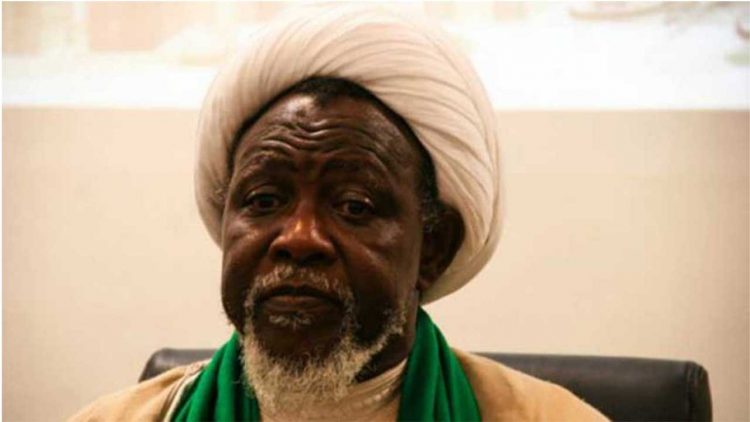 The Leader of Islamic Movement of Nigeria, El-Zakzaky

The leader of the Islamic Movement in Nigeria, popularly known as Shi’ites, Sheikh Ibraheem El-Zakzaky, has narrated how the Nigerian soldiers killed his sons in his presence.

El-Zakzaky, who spoke with Friday Olokor said the incident happened on December 14th, 2015.

According to him, the soldiers were on a mission to destroy people they called “Shi’ites.”

El-Zakzaky said: “This is an occasion when we remember the Zaria massacre, which happened six years ago. It happened on December 12, 13 and 14, 2015 – three consecutive days. Soldiers in the Nigerian Army had cordoned off Zaria town, all the roads leading to the town; and they carried out systematic killing of people they considered unwanted. Whatever name they gave us at that time, they were said to be clearing people they called “Shi’ites”. In fact, in Gyallesu (my residence in Zaria), when they found someone they wanted to shoot, they would ask if he was a Shiíte and once the crowd said yes, they would just fire the person! And if the crowd said, “No!” they would allow the person to go. So, clearly, they were saying that they were destroying Shia once and for all.

“On the 14th of the same month, they reached me and opened fire on us – myself and my family, instantly killing three of my sons in front of me, and injuring both my wife and me and some others who were with us. Luckily enough, for the wisdom of God, we don’t know why, but He so designed that my wife and I would survive the shootings that nobody could have survived at all! God is able to do anything He wishes.

“On December 15, they brought us to Abuja, first to the military hospital, and later at 12 am-midnight, they changed hospital from military hospital to DSS (Department of State Services) hospital. And then, they (DSS) kept us in their custody for some years, and then they took us back to Kaduna (still in their custody); and finally, they took us to prison. And as you all know, at the end of the day, the court found us innocent, discharged and acquitted us in the same way three other different courts have discharged and acquitted so many others who were arraigned on the same or similar charges (as ours).”

El-Zakzaky, however, debunked the claims that trouble started after members of the Islamic Movement in Nigeria blocked the road on the day the Chief of Army Staff was passing.

“I find that up till today, they still say, “El-Zakzaky and his wife were arrested following a clash between his followers and the Nigerian Army when his people blocked the road on the day the Chief of Army Staff was passing.” This matter was taken to court, where they accused some people of blocking the road. They claimed we instigated the blockage. Based on the same allegation about 153 others were also arraigned before different courts. The charged included murder of a soldier.

“But the first court, which gave its verdict sometime in July 2018, not only said that those arraigned before it (77 of them) did not commit the crime they were accused of. In fact, the court pronounced that no such crime was committed. This is very important. There was no blockage of road whatsoever and nobody killed anybody! The army cordoned off everywhere and killed everybody they could identify as Shia. Whatever you might be, because at a place we call Husseiniyyah (an Islamic centre) near Unity Bank, they thought that Shi’ites wear black clothes, and because the uniform of workers in that bank is black they shot all of them.

“My house is situated about three kilometers away from the area where the said road was blocked. I don’t know whether my house also blocked the road against the Chief of Army Staff. They went and cordoned off the road and killed everybody they could find, including our neighbours. A lot of students in the Congo Campus of the Ahmadu Bello University, Zaria were also killed. Some students of the Federal College of Education, which is in our neighborhood, were also killed; some of them are not even Muslims, so they killed everybody they could find.

“And then, very importantly, the first court said the road was not blocked; nobody blocked any road. The second court gave similar verdict. And the third court, in fact, brought up part of my speech in its verdict. I had said, “If the soldiers come to attack us in our territory don’t block their way.” That was very clear and the judge even continued to mention this particularly. So, where was blockage of road here? Simple, they could not say why they attacked us; it was very clear that this was a premeditated attack in order to destroy all of us.”