My donations to schools not about politics - Peter Obi 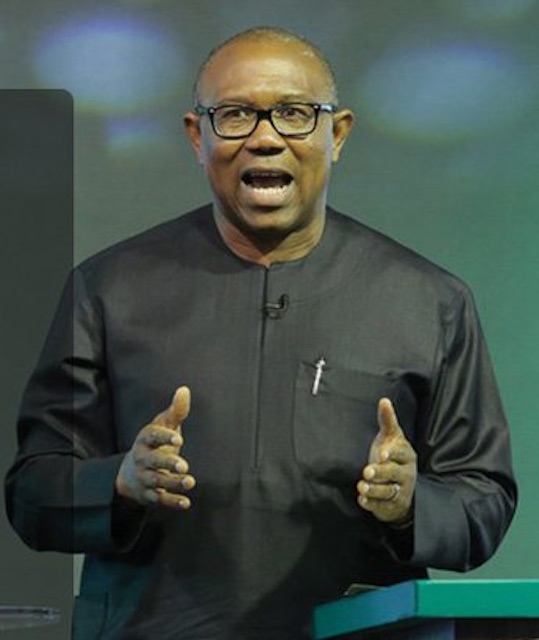 Peter Obi said his financial support to schools and health institutions has no political undertone.

Obi said this when he visited Madonna Catholic Hospital, Umuahia, where he donated N1.5 million to support the facility.

He said the gesture was borne out of his passion for humanitarian service, adding that he began his refugee work before he became the Governor of Anambra in 2007
.
He said he had been to Afghanistan, Rwanda, and Haiti doing refugee work as his contribution to alleviating the plight of citizens of the war-torn African countries.

“What I do is planned giving and the intention is to awaken people’s consciousness and consciences about the need to do good for humanity.

“It has nothing to do with being in government or politics.

“And I want people to know that being in politics is not only about contesting and winning elections but finding a way to touch lives positively in or outside government,” Obi said.

He said he had so far visited over 150 schools, which included about 40 health institutions, across the federation.

According to him, he has committed over N200 million to the project, which includes cash donations and pledges being redeemed in batches.

He said the funds were raised from his personal resources and support from his friends and people around him, who shared his mission.

“My donations to hospitals are to help defray the bills of indigent patients, who were discharged but could not go home because they could not afford to pay their bills,” he said.

The former governor thanked the Church for intervening to bridge the gap in tackling the health needs of the citizenry.

He said, “The Church is doing what government ought to do. So it is helping the government to discharge its responsibility to the people.”

He expressed worry that successive governments in the country had failed to address the critical needs of the citizenry due to the corruption and incompetence of some political officeholders.

Obi feared that the decreasing population of nurses and other critical health workers in the nation’s health sector “portend great danger if urgent steps are not taken to reverse the trend”.

He, therefore, admonished the student nurses at the facility, who trooped out to receive him, to be serious and committed to their programs.

“There has been a progressive and steady depletion in the number of nurses in our health institutions.

“The situation calls for seriousness on your part because the nation will be in high demand for nurses in the future,” Obi said.

Responding, the Administrator of the hospital, Rev. Fr. Christian Anokwuru, who led Obi round the facility, thanked him immensely for his visit.

“Your visit is a big surprise to us. We remain eternally grateful to you and pray God to enlarge your coast.
“It is our dream to continue to help government, humanity, and society.

“The Church is putting the structure in place toward realizing the dream,” the cleric said.

Anokwuru, along with his assistant, Rev. Fr. Jude Amaechi, later took Obi to inspect the Madonna College of Health Technology, Olokoro, recently built by the Catholic Diocese of Umuahia.

Obi was accompanied on the visit by his former Commissioner for Urban Development, Mr. Patrick Nky-Obi.