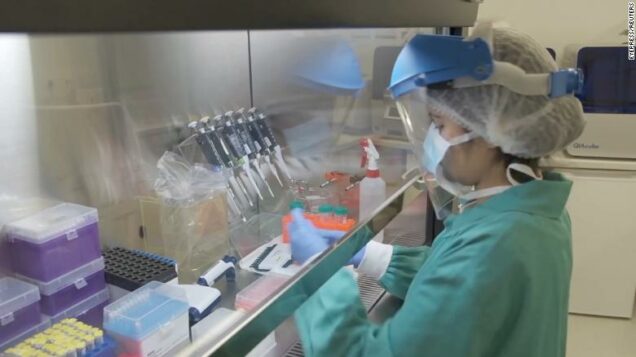 Omicron might be less efficient at attacking the lungs than earlier Covid-19 variants, according to British research.

A professor of clinical microbiology at Cambridge, Ravi Gupta said there are still challenges ahead despite the seemingly positive findings.

On Twitter, he wrote; “What does this all mean? Efficient infection of lung cells could correlate with the severity of lung disease.

“Syncitia or fused cells are often seen in respiratory tissues taken following severe disease. Delta was very good at both, in contrast to Omicron. Further work is needed.

“In summary, this work suggests that Omicron does appear to have become more immune evasive, but that properties associated with disease progression *may* be attenuated to some extent.

According to the Cambridge Institute of Therapeutic Immunology and Infectious Disease study, concluded mutations on the virus’s spike protein may also reduce how it replicates in the lungs and causes severe disease.

“These observations highlight that Omicron has gained immune evasion properties whilst compromising on properties associated with replication and pathogenicity,” the study’s abstract stated.