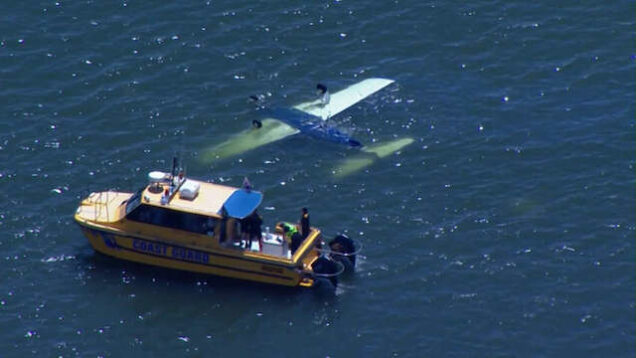 The crashed plane floating in the waters near Brisbane

A light plane crashed into waters off Australia’s east coast on Sunday morning, killing all four people on board including two children, police said.

The 69-year-old male pilot had taken the three passengers on a joy ride, police said.

The plane went down into a wetland area northeast of Brisbane shortly after taking off.

Police are still working to identify the male passenger and the children, whom inspector Craig White said were “younger than teenagers”.

“This is a tragic accident … in the lead-up to Christmas and the last thing that any family need to go through at this time of the year, at any time,” White told reporters.

White said police divers recovered the bodies of two men and two children from the wreckage about noon.

“The pilot was a 69-year-old male — the family have been notified,” he said.

“We are investigating the next-of-kin details of the remaining passengers and at this stage we have not been able to confirm their identity.”

Inspector Craig White said he could not confirm the age of the two children but said they were “younger than teenagers”.

He said the plane was a four-seater Rockwell International light plane and the pilot’s family was from Brisbane.

“I understand it was a joy flight and it was pre-arranged,” he said.

“There was a number of family of the pilot that were at the Redcliffe aerodrome at the time of the accident.”

Australian Transportation Safety Board Commissioner Angus Mitchell said a report into the likely cause of the crash would be completed in six to eight weeks.