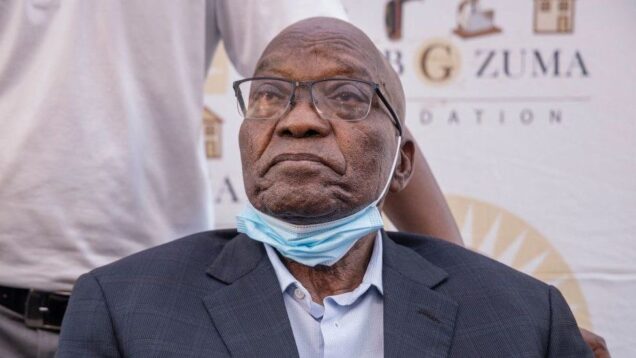 Lawyers to former president Jacob Zuma will appeal against a ruling that set aside his medical parole and ordered him return to prison.

Zuma’s foundation said this on Saturday. It said the case will be heard by Judge (Elias) Matojane of South Africa’s high court.

The court said on Wednesday Zuma should go back to jail after the 79-year old began medical parole in September.

He is serving a 15-month sentence for contempt of court, after he ignored instructions to participate in a corruption inquiry.

Zuma’s legal team are appealing the ruling, as is the country’s prisons department.

“Judge (Elias) Matojane has indicated his intention to hear the application for leave to appeal on Tuesday 21 December,” Zuma’s charitable foundation said on Twitter.

Zuma handed himself in on July 7 to begin his prison sentence, triggering the worst violence South Africa had seen in years as his angry supporters took to the streets.

The protests widened into looting and an outpouring of anger over the hardship and inequality that persist in South Africa 27 years after the end of apartheid.

The legal processes against Zuma are widely viewed as a test of post-apartheid South Africa’s ability to enforce the rule of law, particularly against powerful, well-connected people.