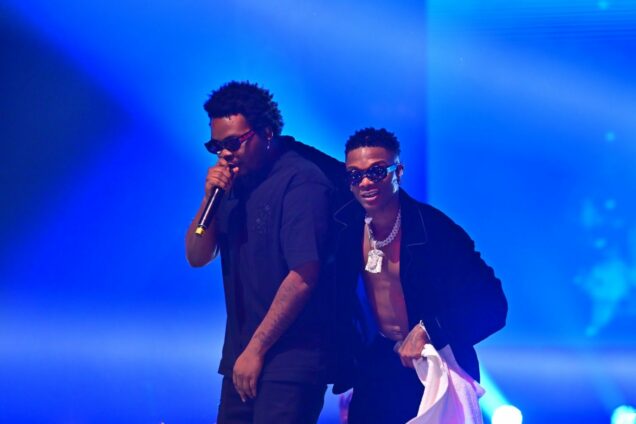 Wizkid headlined the Livespot X Festival which was held in Lagos on Sunday evening.

Olamide took to stage with Wizkid to perform ‘Omo To Shan’, their 2011 hit collaboration.

The two artistes have had a successful year with both topping charts including Apple Music’s ‘Top Songs of 2021’.

Olamide and Wizkid, known to be close friends, have not been spotted together in public for a while until now.

In 2018, both singers had their headline shows on the same day, with Wizkid still making out time to perform at Olamide’s show after his own concert.