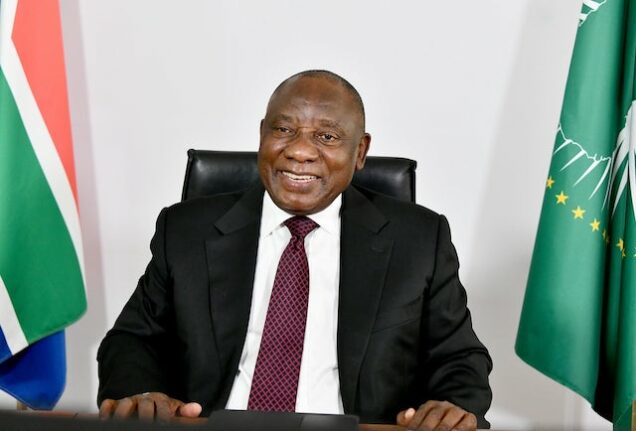 South Africa’s President Cyril Ramaphosa has returned to work, a week after he tested positive for COVID-19.

His office said he has completed a week isolating.

On 17 December the office had offered some progress report on his condition.

“President Cyril Ramaphosa is making good progress in his recovery from COVID-19 while continuing treatment for mild symptoms.

“The President is in good spirits and comfortable in his recovery”, it said.

President Ramaphosa tested positive for the viral infection on Sunday, 12 December, days after he returned from West Africa.

Ramaphosa had received the Johnson & Johnson’s vaccine in February.

The president after his positive Covid test told South Africans, never to let their guards down for the virus.

He posted the message on his Facebook page and also thanked his compatriots for their good wishes.

After seven days in isolation, he has now returned to work.

“The President has returned to duty and will chair the final cabinet meeting for 2021 on Wednesday,” the presidency said in a statement.

“The President thanks all South Africans and leaders and friends internationally who conveyed their good wishes during this period”, the statement added.

In the past few days, a nationwide outbreak believed to be linked to the new Omicron variant of the coronavirus has been infecting more than 20,000 people a day.

However the number of new recorded infections dropped below those recorded over the weekend.