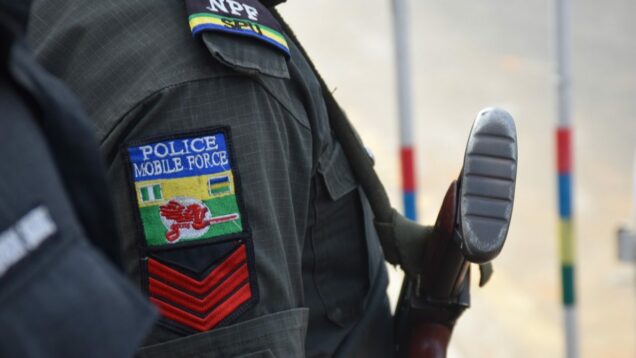 A divorce-seeking cop, Mr Rafiu Ademola, who earlier accused his wife of infidelity in an Igando Customary Court in Lagos, has made a volte face.

He has now begged the court not to terminate his marriage.

When the case came up on Tuesday for judgment, Ademola, came up with a letter, informing the court of his intention to withdraw the case.

“As a result of the intervention and counselling from the court, I have decided to forgive my wife and discontinue the case,” Ademola said.

The President of the Court, Mr Adeniyi Koledoye, while striking out the case, advised the couple to maintain peace and to continue to live in love and harmony.

“The court has received a withdrawal letter to that effect, therefore, the case is hereby struck out.

“I urged both of you to go home and live in peace and love,” he said.

The News Agency of Nigeria (NAN) reports that the 45-year-old petitioner had initially told the court that his wife, Rashidat, of 14-years was promiscuous.

“I saw messages of her adulterous acts on her WhatsApp chats with her lovers. She meets with them in different locations.

“She told one of the men that she was a single mother and stays with her sister.

“I transferred all the chats into my phone as evidence.”

He also accused his wife of being lazy.

However, Rashidat denied all allegations but consented to the dissolution of the marriage.

“I was never promiscuous. He is the one who is involved in extra-marital affairs. He brings women into our matrimonial home,” she said.

The 40-year-old fashion designer accused her husband of turning her into a punching bag.

“My husband is a wife beater. My mother-in-law never liked me,” she said.

Rashidat prayed the court to grant her custody of their children.

“The last time I saw my children, they all looked unkempt, they had skin diseases.

“Please grant me custody, so that I can take proper care of them,” she said.