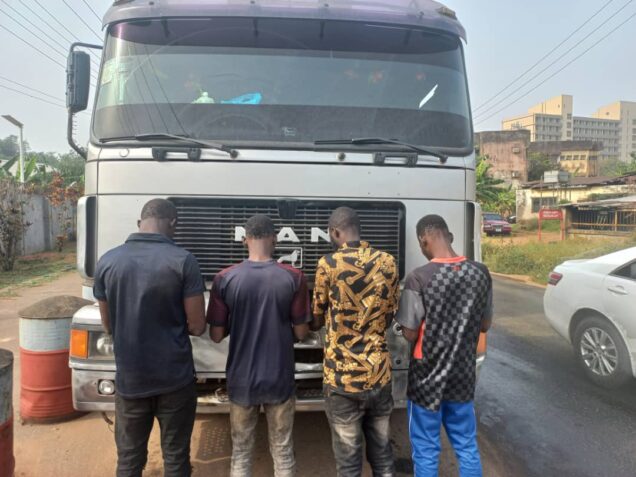 Operatives of the Department of State Services, DSS, Benin Command have handed over four suspected illegal dealers in petroleum products and a truck laden with suspected adulterated Automotive Gas Oil to the Benin Zonal Command of the Economic and Financial Crimes Commission for further investigation.

According to the Service, the suspects were arrested at Ring Road, Benin City following actionable intelligence with adulterated Automotive Gas Oil concealed in cellophane bags.

Mark Akase, who received the suspects on behalf of the Commission, assured of thorough investigation, adding that those found culpable will be brought to book.