Kumuyi to Nigerians: COVID-19 not politically motivated, it is real 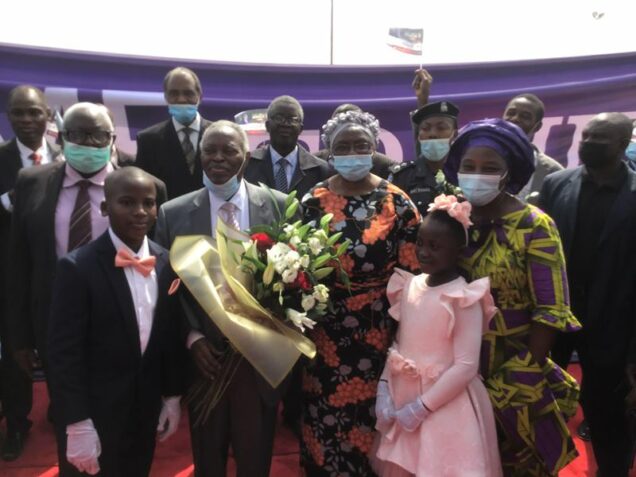 Kumuyi and his wife Esther welcomed to the Crusade ground

He said from his observation, the pandemic is real and not a politically arranged something as is being speculated in some quarters.

“COVID-19, from my observation, is real and it is not politically arranged something to do whatever, we have people that have it and are in isolation,” he said.

Kumuyi disclosed that one of the church’s pastors had COVID-19 and was transferred to an isolation centre in Lagos and was on the verge of passing out.

“I got to know about it and I prayed for him on the phone and within one hour, he was healed. In America, we had a family of six and God healed them after I prayed,” he said, adding that in the Democratic Republic of Congo, DRC, one of the church’s pastors had COVID-19 and got delivered after prayer.

He said even though COVID-19 is real, God has a solution to every problem.

The man of God said COVID-19 is not a surprising thing to those who knew their Bible very well, as the Lord Jesus had foretold that there would be pestilence (pandemic) in the last days.

He said the crusade aimed to address national and personal problems, as the Lord would free those with COVID-19 and other human problems.

The man of God said people should expect God’s mighty visitation and special things at the crusade.

“We thank God we are here for something great and special, we have been having this Global Crusade and it has touched all globally, many people have been blessed. We have been to Abuja, Enugu, Rivers, Akwa Ibom and there has been joy.

“We are now in Lagos. It is a Great miracle explosion. When we put all that has been happening this year together, we are going to have great explosions. People will be blessed, people will say this is a great thing that has happened in their lives,” he said.

He cited the example of Jonah in the Bible who declared God’s message to the people of Nineveh, saying that the people in authority heard the message and took a national decision that saved the land.

The man of God said when the nation’s decision makers allowed the message to get to them and act on it, he believed that things would turn around.

He added that the crusade would be streamed live across the world through various social media platforms.