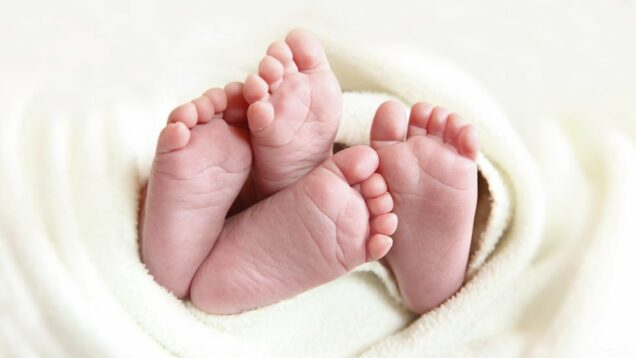 A 33-year-old woman, Amaka Chinwendu has told told journalists in Abakaliki, Ebonyi State that her husband, Mr Woke Chinwendu, abandoned her because she gave birth to a set of twins through Cesarean delivery (C- section).

“My husband abandoned me and my babies in the hospital because his tradition abhors twins and any woman delivered of baby through Cesarean section.

“Yes, we already had a kid before the arrival of the twins. Our first kid is a girl and the twins are a boy and a girl named Desmond and Diamond,” Chinwendu explained.

She said she started having issues with her husband, when he told her that in their place, they do not allow women given birth through C-section.

She said this was before she even gave birth to their first issue.

“According to my husband, it is a taboo in their village, Igbo-Etche, for a woman to give birth through C-Section.

“To the glory of God, I later had normal delivery of our first child but for the second one, I didn’t know that I was carrying twins, till seven months.

“Immediately my husband got to know of this, we started having misunderstanding.

”He began to beat the hell out of me, and vowed never to take care of me or even help in any household work.

“When I was delivered of the twins through C-section, he ran away and up till today, I do not know his whereabouts.

”At first, my husband wanted me to terminate the pregnancy for us to continue, but I refused,” she said.

Amaka said that she does not regret her actions, adding that she had no plan of going back to live with her husband.

“My only worry now is the babies. If he can take his babies, I will be fine and nothing else.

“My helpers have been my God and my biological brothers; my brothers paid for our hospital bills and they have been buying our foods.

“The twins are fine, they are two months old,” she added

Meanwhile Ebonyi Police Public Relations Officer, DSP Loveth Odah, said the police would investigate the claim by the woman that her husband abandoned her because she gave birth to a set of twins through Cesarean delivery.

“We are going to carry out our investigation and I believe that justice will be served,” Odah said.
NAN