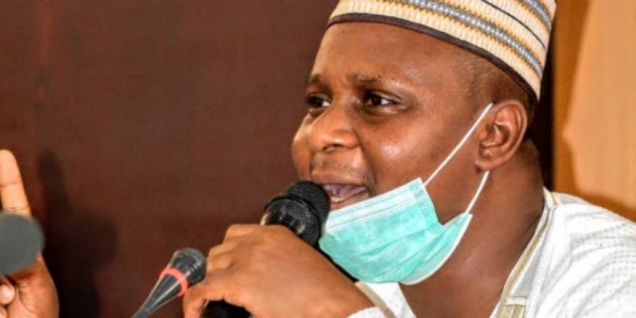 Alhaji Shehu Dalhatu-Tafoki: narrated horrible tales of attacks by bandits in his constituency.

A lawmaker representing Faskari Constituency at the Katsina House of Assembly, Alhaji Shehu Dalhatu-Tafoki, has narrated horrible tales of attacks by rampaging bandits in his constituency.

Dalhatu-Tafoki, whose sister was also once abducted by bandits, recounted the ordeals of the people of Faskari Local Government Area (LGA). while speaking to journalists on Wednesday.

According to Dalhatu-Tafoki, who is also the deputy speaker of the house, in recent attacks in some communities in the local government, bandits killed eight persons and inflicted serious injury to many others who are now receiving treatment in hospitals.

He also narrated how, last week, armed bandits blocked a traveler along Faskari-Gusau road at Kampanin Mailafiya village where they hacked him to death and burnt him inside his vehicle.

The lawmaker lamented that bandits also attacked Kanin-haki village in an operation that lasted over an hour, leaving seven people dead and seven others with various degrees of injuries.

“The seven injured persons are currently being treated at the General Hospital in Faskari,” Dalhatu-Tafoki said.

The Deputy Speaker also explained how armed bandits attacked Kwakware village where they abducted 17 women, molested many others and vandalized valuable properties.

“Villages in eastern Faskari are worst hit by this spate of attacks, particularly Maigora, Kanin-haki, Yan Nasawara, Nunu and Kwakware.

“A disturbing instance happened at Nunu village, which is quite big and has three polling units, but as I address you today, the village has been completely deserted, all its erstwhile inhabitants are now IDPs in Faskari and some major towns in the area”.

He therefore called on the security agencies to beef up efforts at safeguarding lives and property in areas that are troubled by armed bandits, particularly his constituency which has been witnessing a series of attacks in the last two weeks.

“My prayer to the house is the need to call on security agencies to redouble their efforts at protecting our people against such attacks, particularly in the Southern part of the state where several security operations are ongoing,” he said.