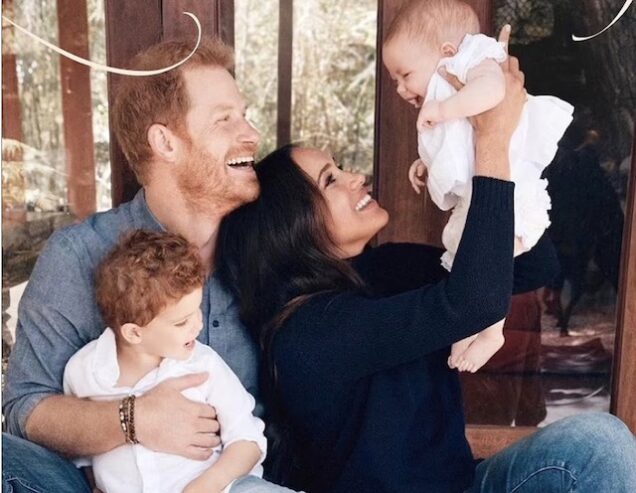 Prince Harry and Meghan Markle have finally shared the first photo of their daughter Lilibet Diana, six months after she was born.

The baby appeared in a family Christmas card.

The photo was taken by Alexi Lubomirski, who also shared it on his Instagram page, with words of reverence for the British royal couple.

“The Duke and Duchess of Sussex, Archie and Lilibet”, Lubomirski wrote..

“This is one of those rare and special projects, that one is fortunate enough to be a part of.

“To be able to continue the story of this family whom I first photographed as an engaged couple, then on the day of their wedding, as a married couple and now seeing their love manifest into two beautiful children, has been a delightful honour”, he said.

The Sussexes residing in Montecito, California released the card to announce they’ve made a donation to several charities.

The card was released through @teamrubicon, in keeping with their tradition of releasing via charitable entities.

Team Rubicon is a nonprofit that works with veterans and assists with global humanitarian crises.

‘This year we welcomed out daughter, Lilibet, to the world. Archie made us a “Mama and Papa” and Lili made us a family,’ their message read.

‘As we look forward to 2022 we have made donations on your behalf to several organizations that honor and protect families – from those being relocated from Afghanistan to American families in need of paid parental leave.’