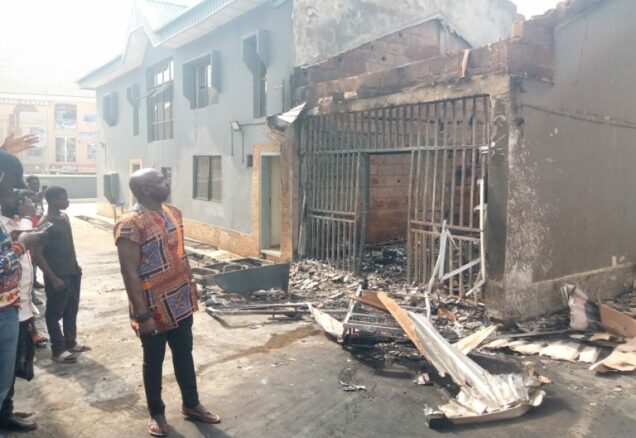 The Mobil filling station at Unizik Junction, Awka axis of the Enugu-Onitsha expressway was gutted by fire on Thursday.

The fire which source is yet to be identified razed an empty petrol tanker, the lube house, part of the administrative block and some dispensing machines.

A manager of the the filling station, who identified himself as Ugo, said the standby tanker which was completely razed had no content.

Ugo commended the fire service officials and rescue volunteers for their efforts.

The fire incident was barely 10 days after three filling stations were also gutted in Onitsha.

Ikenga said that officers of the command had cordoned off the area to prevent the breakdown of law, adding that men of the fire service arrived at the scene on time.