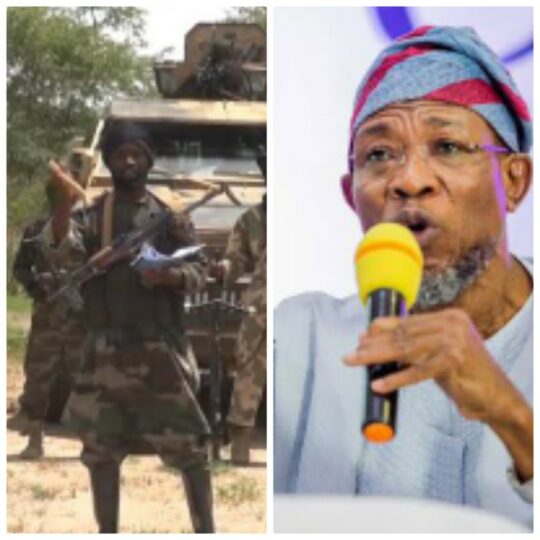 The Federal Government of Nigeria has urged the residents of Abuja to be calm and not get worried over threats of possible attacks.

The Minister of Interior, Rauf Aregbesola, stated this after the emergency meeting of the National Security Council, presided over by President Muhammadu Buhari, in Abuja on Friday.

The emergency meeting was held after the Nigeria Immigration Service, NIS, in a leaked memo, confirmed that one DRAHMANE. OULD ALI, aka Mohammed Ould Sidat, is planning to lead attacks on Nigeria’s Capital City, Abuja.

However, Aregbesola, who briefed the State House correspondents on the outcome of the meeting, said Abuja is safe and secured from terrorist attacks.

The minister said the leaked memo from NIS was just an operational alert that does not require any worry or concern.

Aregbesola said: “I’ve given you the outcome of the Security Council meeting, but to your question, there isn’t any threat to the safety and security of Abuja.

“Abuja is secure and very safe. If there was a leak, as you mentioned, it could just be an operational alert that does not require any worry or concern.

“The Council has mandated us to assure Nigerians of their safety, of their security and enduring peace for the period of the festivities.’’

The Inspector-General of Police, Usman Baba, who also addressed the correspondents on the outcome of the meeting, condemned Thursday’s rocket attacks on Maiduguri by the Islamic State of West Africa Province (ISWAP).

Baba said the terrorists were unable to achieve their objectives with the rocket attacks.

On whether the security agencies have traced the roots of the rockets, the IGP said it had been done before and after the firing incident occurred.

He said: “Yes, it had been done before and even after. Some of those who must have planned and thrown those rockets have been taken out.”