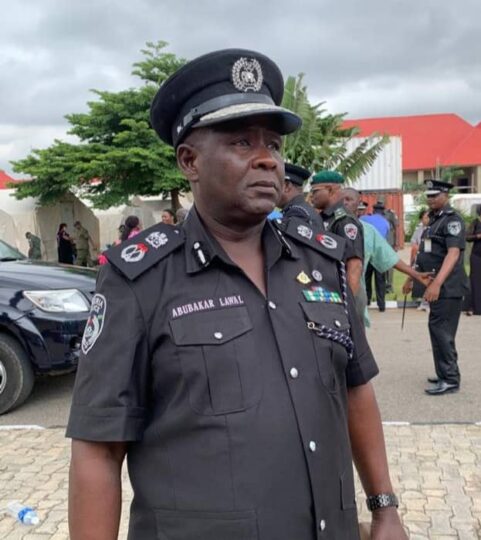 The Police Command in Enugu State says it has arrested 120 suspects for various offences ranging from kidnapping, armed robbery, conspiracy, murder and unauthorized possession of firearms within the state.

The state’s Commissioner of Police, Mr Lawal Abubakar, disclosed this on Thursday in his maiden media briefing in Enugu on “Police Operational Breakthroughs’’ since he assumed office on Aug. 10, 2021.

Abubakar said that the command, in the period under review, recovered 34 firearms of different makes as well as 50-ammunition of different calibers.

The commissioner said that the command carried out a total of 14 successive rescues of kidnapped victims in the state within the period under review.

The state police boss said the command recovered a total of 41 vehicles, tricycles and motorcycles.

He said: “As a matter of fact, within these past four months of assumption of duty in the state, I have come to understand and appreciate the security dynamics of the state.

“This has made it possible for me and the management team to keep evolving appropriate strategies towards tackling existing and emerging security challenges in the state, which has brought about some of the operational breakthroughs we have so far recorded”.

Abubakar said that the breakthroughs would not have been possible, if not for the collaborative support from sister security agencies, the Neighbourhood Watch Group and the Forest Guards.

“Security stakeholders and law-abiding citizens were also very helpful. Gov. Ifeanyi Ugwuanyi has truly shown that he is a worthy Chief Security Officer of the state, as his financial and material support has immensely contributed to these breakthroughs.

“Also, police operatives directly involved in the breakthroughs have shown a high sense of resilience and commitment while carrying out these operations would not be left out. I sincerely thank and appreciate them all,” he said.

The commissioner reassured the command’s commitment to collaborate with other security agencies and stakeholders to put in place adequate crime prevention measures and ensure a hitch-free Christmas and New Year celebrations.

“It also my earnest belief that with the support of all and sundry, we will have a peaceful celebration and move into the New Year on a sound security note.

“I, therefore, call on the good people of Enugu State to remain vigilant, law-abiding and supportive, by sharing credible information on intelligence, as well as generally report suspected criminals and their activities to the police,” he added. (NAN) (www.nannews.ng)