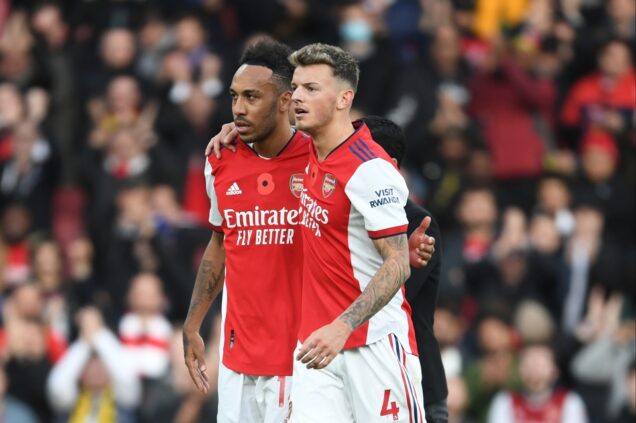 When asked if Aubameyang’s absence has been a hindrance, White told talkSPORT: “It hasn’t really looked it on the scoresheet. We’ve been playing well.

“Obviously it’s disappointing for Auba but we’ve all got our heads down and we’re working hard.

The striker hasn’t played since the 2-1 defeat to Everton at the start of December, having been stripped of the captaincy following a disciplinary breach.

Alexandre Lacazette has taken the role in recent weeks, though his contract ends at the end of the season.

The club will need to appoint another captain if Aubameyang is not brought back into the fold.

Arsenal have performed well in the Gabon international’s absence, winning their last four games in all competitions.

They’re currently fourth in the Premier League as the race for the last Champions League qualification spot hots up.