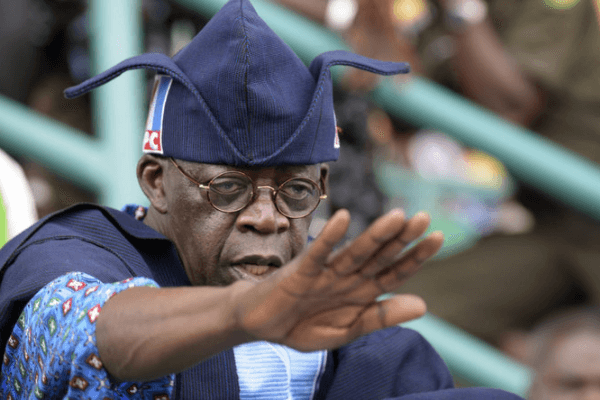 The Coalition of Progressive Youths and Student Leaders (CPYS) said it will support Asiwaju Bola Tinubu for President in 2023 if he supports the emergence of a youth as the party’s national chairman.

Mr Samuel Olalere, the convener of the coalition gave this position at a news conference on Sunday in Ikeja, Lagos.

He said that the coalition acknowledged Tinubu’s antecedent and experience as outstanding among impressive qualifications of some potential aspirants for the office of president.

“Leadership, especially at the level of the presidency, is often not a function of brawl and physical strength.

“This is why we believe that the President of Nigeria in 2023 should be a man with requisite maturity tapered with age, someone with proven ability to discover and deploy Nigeria’s vast human potentials and talents to advance the progress of the country.

“The person that fit this bill in our considered estimation is Asiwaju Bola Ahmed Tinubu, the national leader of the APC,” Olalere said.

According to him, Tinubu possesses the right mix of experience and network to give Nigeria the right type of leadership.

However, he said that Tinubu and the APC must strike a generational balance between the leader of the government and the head of the party by conceding the national chairmanship position to youth.

Olalere said that the party must cater for the interest of youths in the emerging 2023 political arrangements to attain a good generational balance in the power equation.

This, he said, as the prospect of Tinubu’s presidency at the expiration of President Muhammadu Buhari’s tenure would be linked to the party being headed by a younger person of fewer than 50 years of age.

“This is, therefore, a direct charge to Asiwaju Tinubu to not only lend support but also lead the way for our legitimate agitations for a younger National chairman of the APC at the February 2022 convention.

“We commend particularly Messrs Saliu Mustapha, 48, from Kwara; Muhammad Etsu, 50, from Niger and Muhammed Bello, 50, from Taraba, who have thrown their hats into the ring for the position of the APC National Chairman.”

Olalere, who assured the trio of the unconditional support of APC youths across the states, urged them not to give up but rather to consolidate and align to achieve a united front.