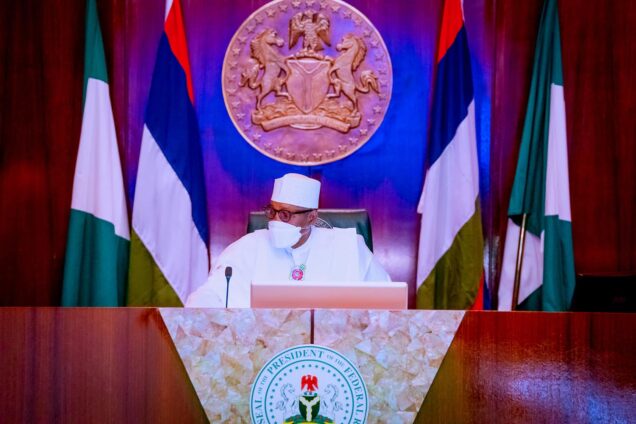 Femi Adesina, the Media adviser to President Buhari said there is no abnormality in Presidential aides testing positive to COVID-19 and self isolating in their respective abode.

Adesina also dismissed the fear being expressed in some quarters over the president’s health following his exposure to his aides believed to have been infected with the virus.

“Well, I think Mr. President is quite fine, he is doing his normal routine, following his normal schedule. But if anybody close to him tests positive, that person is required to stay away till he tests again, and he tests negative.

”So, Mr President is following his normal schedule and routine.”

Adesina stated this when he appeared on Sunday Politics on Channels Television.

He said such incidents only confirmed that the presidential aides are human and not immune to happenings around them.

Premium Times, an online newspaper had on Saturday reported that some presidential aides had tested positive to Coronavirus.

It also mentioned the names of some cabinet members including the Minister of Information and Culture, Alhaji Lai Mohammed.

However, the minister dismissed the report that he tested positive to COVID-19 describing the report as fake news.

Mohammed, therefore, demanded a retraction and an apology from the online newspaper which first published the report that he contracted COVID-19 virus and is receiving treatment in isolation.

Also commenting on the issue, Malam Garba Shehu, the President’s Senior Special Assistant on Media and Publicity, was quoted as saying: “I have no confirmation of the cases you mentioned, but yes I have been afflicted by the mild variant of the COVID-19.

”I felt okay from the beginning, maybe because one had received all three jabs, and right now, I feel 100 per cent. I just finished my hour-long running exercise.

“But the strange thing about this ailment is that it is the scientists, not you, that will say you are okay.

”Right now, I’m taking my prescriptions and isolating, and would go back for a test to ascertain if the virus is still here or it has left me. Thanks for your goodwill.”

”The fact that we are presidential aides does not make us to be immune to certain things. If there is a virus that is ravaging society. Well, it can touch anybody.

”So Malam Garba Shehu has confirmed that, yes, he tested positive but he said it’s mild. And I believe that by now, because it’s happened since Wednesday, by now, he should almost have beaten it if he had not beat it already. There is no cause for alarm.”

Commenting on his contact with Shehu recently, the media aide said: “Well, I also believe God for the best. If it happens, I’ll recover. So that’s it.”

Asked how many of the President’s aides in the State House have been infected, Adesina said:

“No. That will not be within my purview to discuss maybe if you get the Presidential doctor or anybody in the medical side, they will tell you,

” I wouldn’t know because, it is a private thing. If it happens to anybody is between that person and possibly the doctor. It’s not going to be general knowledge.