Fayemi: I will prioritise township roads in 2022 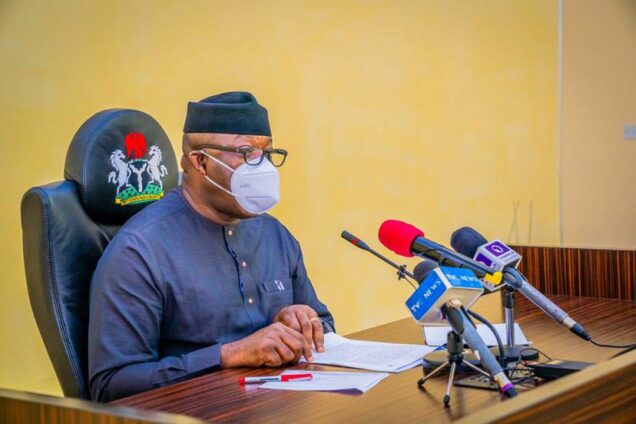 Governor Kayode Fayemi has assured that his administration would give priority attention to the rehabilitation of township roads in 2022.

He gave the assurance during his monthly radio and television interview programme, “Meet Your Governor’’.

The governor said he would continue to ensure adequate welfare of the people by ensuring that he executed projects and programmes that would enliven their lives.

He listed roads to get attention as Ado Ekiti-Iworoko Road, the Omisanjana-Ajebamdele Road, Odo-Ado-Ekiti Road and Igirigiri Road up to the Ado Local Council headquarters.

According to him, the government is aware of the challenges posed by the roads and has promised to address them before the next rainy season.

Meanwhile, Fayemi said his administration made efforts to construct the Ado-Ikere-Akure Road but was stopped by the Federal Government which promised to do it.

This, he explained, was even though his administration had accessed funds for the project.

Furthermore, he explained that the fund was given to the Federal Government, which had in turn, awarded the contract on the road.

“The challenge we are facing is due to the nature of our federal system. We got money to fix the road; the owner of the road refused and said we could not fix the road.

“We transferred the money to them, they awarded the contract. There is a contractor on the road as we speak, but they don’t have enough allocation from the Federal Government in the budget to accelerate the work.