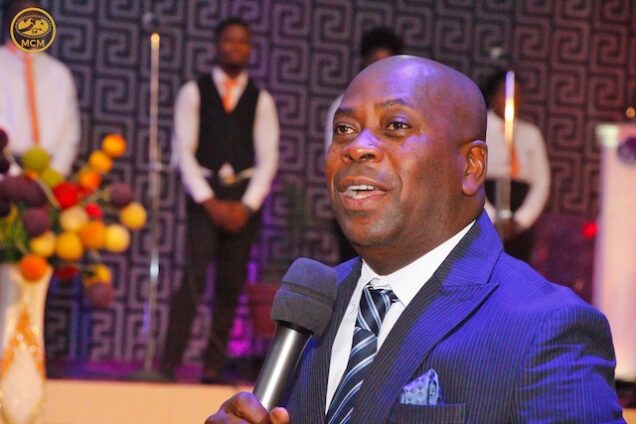 Ayo Adun, the founder and senior pastor of Millennium Christian Ministry (MCM), one of the biggest churches in Lokoja, Kogi State is dead.

Adun died on Sunday, 26 December 2021, five months after his car rammed into a stationary trailer that had developed fault on the road in Lokoja.

The heavy duty vehicle didn’t have any caution sign and that was why the clergyman’s man car rammed into it, causing his death months after hospitalisation.

He battled for his life for five months before his death.

“A General has gone home”, the church added in the obituary.

Adun’s death has been eliciting reactions from Nigerians.

HHarry E. Oni wrote: “Kai…This is heartbreaking. My heart bleeds. A caring and a loving General, you were to us all. May your gentle soul rest in peace Sir”.

Omale Williamz wrote: “You were more than just a Pastor. You broke the boundaries of religion and reached out to so many persons, you took the gospel to the street, prison, orphanage, the less privilege etc. Rest on Pastor Ayo Adun.”

Zakari Usman said: “Our first meeting was at Ogugu during my late friend Ayegba Michael Ati’s burial. He preached about dying well which was more important than living well. I connected with his teachings and followed him.

“We were to meet again many years later, this time as members of His Excellency’s prerogative of mercy committee where we move from prisons in Okene to Benin, Kaduna and Jos interfacing with inmates to recommend pardon, reduced sentences or otherwise.

}I loved to see him talk about God to inmates without judging them. Even with murder cases he talked smoothly and convincingly. We also had plans on a joint venture of providing marketable rehabilitative skills for inmates working with the correctional facilities. If I make enough money in the future I will still do it in your name, friend.

Jordan Ayobami penned: “My Pastor Ayo Adun, Every time I’ve been with him, I’ve been encouraged and challenged by his walk with the Lord, humility, and friendship. He’s had a tremendous influence on my life in many ways. He sacrifice his Vehicle (Van) as School Bus to Kogi State Government Science School Lokoja. He is a good client of our company and give us words of encouragement at all times.

The best Pastor who dedicated his life serving the church, he committed himself to everything that was happening in the church and made sure that the commission of the Lord was actualized and established. We are heartbroken for the loss and we don’t know where to begin from, we only accept as the will of God and ask our Father who is in heaven to comfort each one of us during this trying moments, we never expected to happen this early but I want to ask you to continue praying for the family and the church of God so that all of us can be comforted in the body of Christ.”