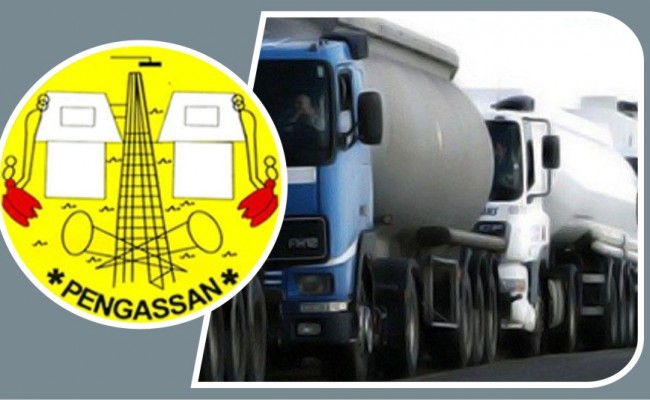 The Petroleum and Natural Gas Senior Staff Association of Nigeria (PENGASSAN) has called for a paradigm shift in the relationship between the labour union and management of Nigeria National Petroleum Corporation, NNPC, with a view to promoting organisational profitability.

The outgoing Group Chairman of PENGASSAN, NNPC Group Executive Council (GEC), Comrade Victor Odor, stated this on Wednesday at the 6th Triennial Delegates’ Conference of the Council which held in Abuja.

Odor said given the new reality occasioned by the PIA, there was need to review Union-Management engagement strategies to focus more on collaboration, synergy and support for policies that would improve the company’s revenue base and sustainability prospects.

He commended the GMD for the numerous initiatives geared towards the progress of the company.

Also speaking at the event, NNPC CEO, Kyari, said that the new NNPC would be driven by performance and profitability.

He noted that the PIA had provided the enabling structures to support the NNPC’s viability and growth.

The GMD who was represented by the Chief Financial Officer (CFO), Mr Umar Ajiya, stated that management would continue to leverage on industry-wide coverage to build a stronger national oil company that would support the growth of the nation’s economy.

“Our vision is to create an NNPC Limited that is driven by performance and profitability, and I am counting on the unwavering support of our in-house unions and all NNPC employees to achieve this.

“The PIA has certainly created a major restructuring and at the same time more opportunities for growth across the industry,” he said.

Kyari urged the union and staff to demonstrate practical commitment in the affairs of the organisation, assuring of job security for staff in compliance with the provisions of the PIA which guarantees that employees of NNPC as a Corporation were deemed to be employees of NNPC Limited on terms and conditions not less favourably enjoyed prior to their transfer of service.

In another development, the Nigerian Pipelines and Storage Company Limited (NPSC) had been urged to evolve new ways to boost its revenue generation and ensure cost optimisation.

Speaking earlier, the Company’s Managing Director, Engr. Mansur Sambo said the aim of the retreat was to identify key challenges, best possible solutions, and strategies to make NPSC viable and sustainable in a PIA-driven era.

He explained that the essence of bringing together all Managers across NPSC was to identify the necessary steps that would reactivate and revitalise the revenue drivers as well as optimise the company’s operational cost.

He charged the Managers to be bold in making necessary business decisions, while assuring them of Management’s commitment and support towards the delivery of the Company’s mandates to grow and sustain its business.

The Union urged the new Management Team to always work in collaboration with the members of Staff and Union.

The development was inspired by the need to provide a forum for creative minds within the company to convert their ideas into valuable products and solutions.

The hub was designed to provide a platform to create and recreate new ideas as well as re-invent for the purpose of relevance, and resilience in the ecosystem where the industry operates.

Speaking at the launch, Engr. Betty Ugonna, Chief Innovation Officer of the NNPC, said the focus was to leverage on the interface community through the Hub inspire an innovative culture, and provision of services through viable solutions.

In his presentation, Group Executive Director, Ventures and Business Development, Dr Billy Okoye, stated that the directorate would do everything within its mandate to sustain the Hub.

The highpoint of the event was the formal launch of the hub by GMD/CEO of NNPC; Malam Mele Kyari through a virtual speech.

Subsequently, a virtual demo session of the hub was made by Engr. Ibrahim Ajiboye, the RTI’s Innovation Engineer for Digital Transformation.

The NIICH would provide for NNPC a forum for interactions, training sessions, webinars, periodic, evaluation and development of prototype ideas and innovations within the industry as well as with business partners.