Mbappe, Lewandowski not in favour of biennial World Cup 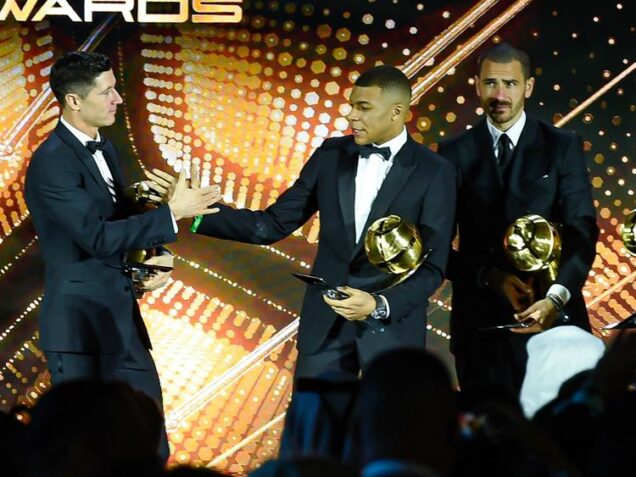 Kylian Mbappe and Robert Lewandowski have expressed concerns that footballers would have a tiring schedule if plans for a biennial World Cup come to fruition.

FIFA’s proposal to host the tournament every two years instead of four has largely been met with scepticism.

Both Paris Saint-Germain (PSG) forward Mbappe and Bayern Munich striker Lewandowski are not in favour of the change.

Mbappe suggested that the quality of the spectacle would suffer if the health of players is not taken into account.

“We like to play but it’s too much,” Mbappe said in Dubai, where he was named men’s player of the year at the Globe Soccer Awards on Monday.

“If people want to see the quality, we have to take a break.

“Playing the World Cup every two years would make this competition ‘normal’ and that shouldn’t be the case. The World Cup, the (UEFA) Nations League… we love to play but it’s too much.

“If people want to see the quality, I think we have to take a break.”

Lewandowski echoed the France international’s sentiments, stating that the schedule is already congested even without the added burden of an increased number of World Cups.

“We have a lot of games in the year, very dense weeks,” Lewandowski said at the same event. “If you want to give the fans something different, you need a break.

“We have to look into the future, if we want to play a World Cup every two years, the level will drop. It’s impossible for the body and the mind to perform at the same level.”