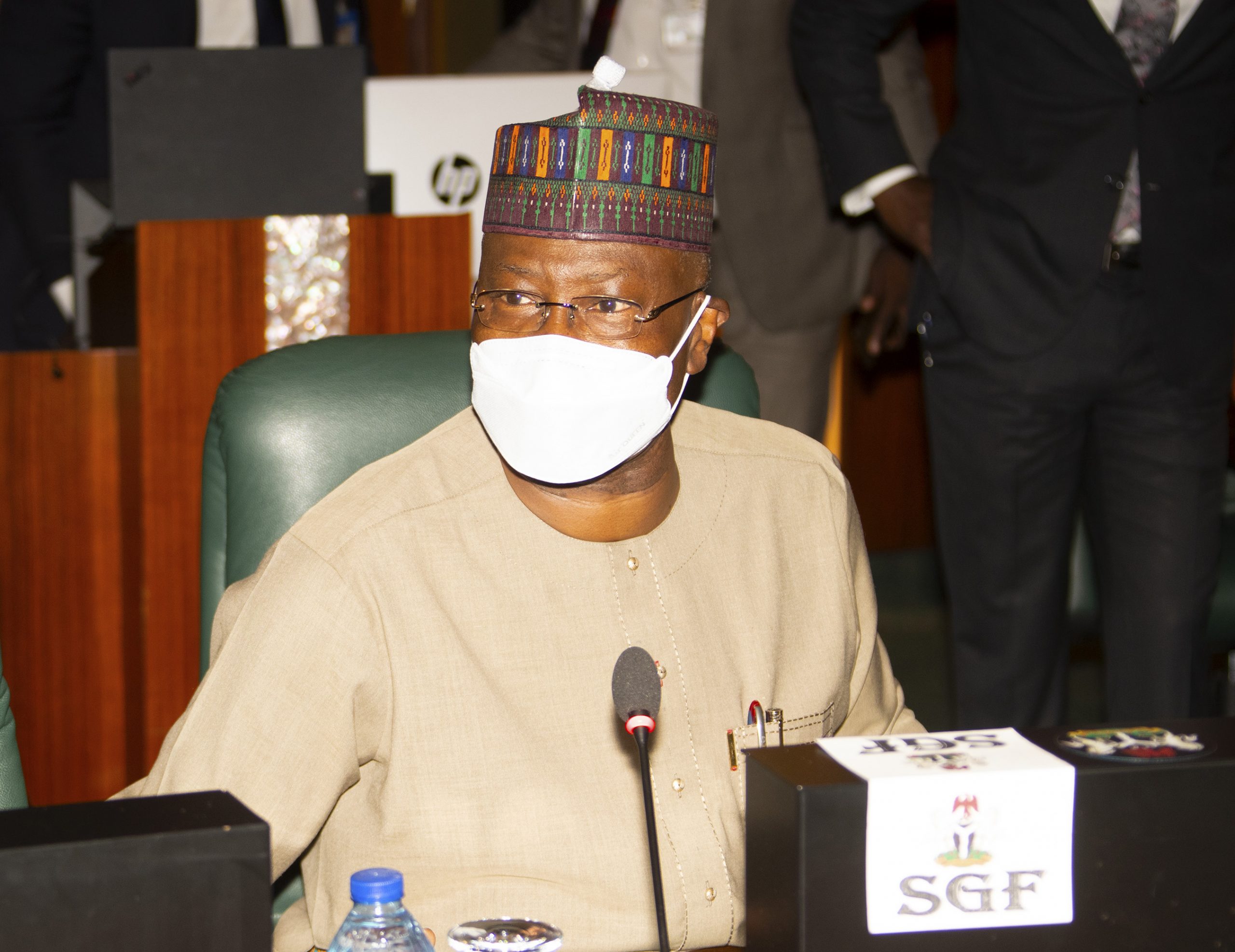 The Police in Adamawa have denied reports that Boko Haram insurgents and bandits attacked the hometown of the Secretary to the Government of the Federation (SGF), Mr. Boss Mustapha.

DSP Sulaiman Nguroje, Spokesman of the State Police, said there was no truth in the report.

Online sources had claimed that the people of Dabna and Kwabre Villages in Dugwaba District of Hong Local Government Area had abandoned their homes as a result of alleged attacks.

Nguroje, however, explained that the police command has deployed anti-terrorism and anti-kidnapping squads, as well as undercover agents to the area.

He said so far there has been no report from the security operatives that the area has been attacked.

“The command received unverified information that people are fleeing from some villages as a result of alleged Boko Haram attacks.

“As security personnel, we do not play with any information that borders on insecurity.

“The command immediately deployed anti-terrorism squad and intelligence officers to the suspected areas and so far there has been no report of attack or people fleeing their villages”.

Mr. Simon Yakubu, the District Head of Dugwaba, also dismissed the online report and described it as “misleading“.

Yakubu said that people were living peacefully and celebrating Christmas in the villages mentioned in the online report.

“The report is malicious and was intended to mislead and create confusion in our communities.

“The purported report is from the enemy of peace and progress who doesn’t want to see people living in peace and harmony with one another,“ Yakubu said.