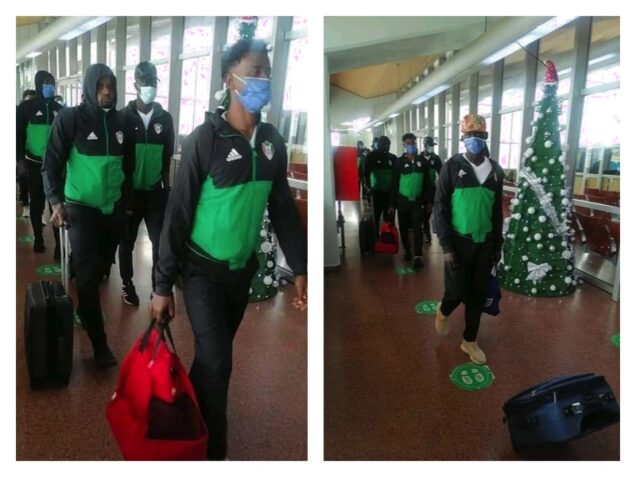 The Falcons of Jediane from Sudan land in Cameroon for AFCON

Sudan’s national team, returning to the Africa Cup of Nations (AFCON) for the first time in over nine years, have landed in Cameroon.

They were the second team to arrive in the host nation Cameroon for the 33rd edition of the continental tournament scheduled for next month.

The Falcons of Jediane landed at the Nsimalen International Airport in the capital, Yaounde on Tuesday with a delegation including players, technical staff and officials who took their COVID-19 tests at the airport before moving to their hotel.

“We made the decision to come to Cameroon early so that we can prepare well enough and also use the friendly matches to get good match fitness,” coach Burhan Tia told reporters.

The team will be based and trained in Yaounde before leaving to the city of Garoua where it will play Group D matches with Guinea-Bissau, Nigeria and Egypt.

The North Africans are scheduled to play two friendly matches against Ethiopia on December 30 and the second match against Zimbabwe on January 2.

The 1970 champions will start their campaign against Guinea-Bissau on January 11.

Sudan last participated in the biennial football jamboree in 2012 and this will be its 10th participation in the Africa Cup of Nations.

AFCON which will feature 24 teams will take place from January 9 to February 6 next year in Cameroon.