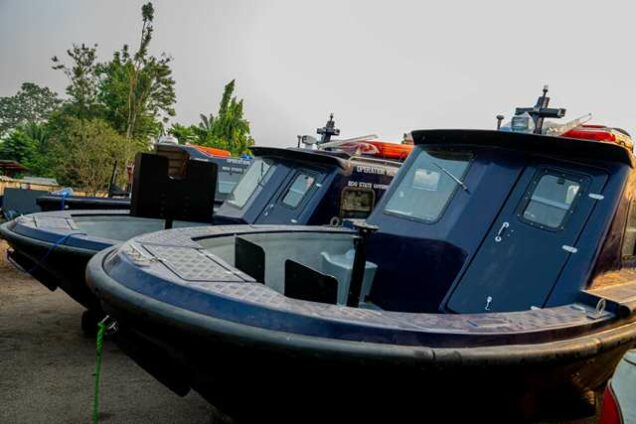 The boats were acquired through the State’s Oil and Gas Producing Areas Development Commission (EDSOGPADEC).

Speaking after inspecting the gun and speed boats, the Chairman of EDSOGPADEC, Kennedy Osifo, said the Commission has so far acquired eight gunboats and eight speed boats to strengthen security on its waterways and stop the activities of sea pirates.

He said the new armoured equipment would improve security in three oil and gas producing communities, including Ologbo in (Ikpoba-Okha Local Government Area) and Gelegele (Ovia North-East) of the State.

According to Osifo, acquisition of the boats was part of efforts by the Governor Godwin Obaseki-led administration to create a business-friendly environment and attract more investment into the State.

He revealed that the Commission had completed the construction of a marine base at Ologbo River, as well as a modern jetty with a waiting lounge and other essential facilities for passengers and police officers in Ologbo Community.

“The gun and speed boats will be handed over to the Marine Police Command of the Nigerian Police Force, to improve service delivery to the people of the communities and curtail the activities of sea pirates and other criminal elements on the waterways,” he said.