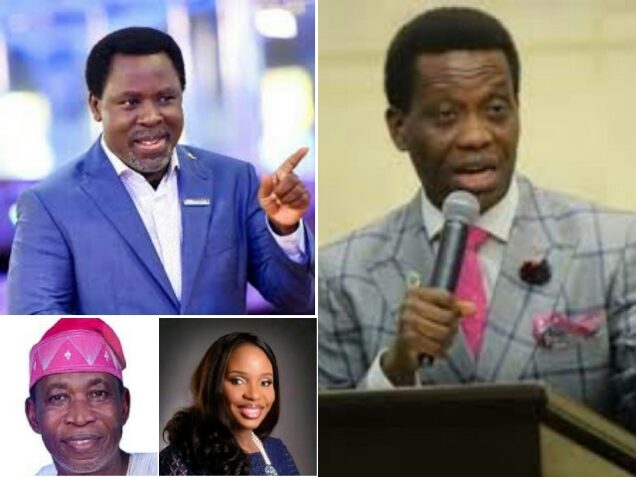 Year 2021 will be over in two days time. The Christendom will not forget the year in a hurry as some key preachers and leaders died, throwing the church into mourning. Below are four shocking deaths.

The Christendom was suddenly thrown into mourning and grieve when the son of the General Overseer, Redeemed Christian Church of God, RCCG, Pastor Dare Adeboye suddenly died.

According to reports , it was when his wife, Temiloluwa Adeboye, noticed her husband’s unusual sleeping hours and could not reach him on phone that she raised the alarm and he was discovered dead.

Exactly a month after Dare’s death, the Christendom lost a bigger fish. Prophet Temitope Balogun Joshua, popularly known as TB Joshua suddenly died on 5 June. He ministered the night he died and was not sick.

The televangelist was said to have died after meeting with his church’s TV partners. He was 58 years.

TB Joshua was the founder of Synagogue Church of All Nations, SCOAN. His ministry was an international one with healing and deliverance as the mainstay. He was also a philanthropist, giving for the need of the poor. Many will miss his philanthropism during this Yuletide period as he would always distribute bags of rice and other food items to the less privileged.

Badejo was the church’s General Overseer between 1999 and 2009 and died after a brief illness. During his reign, the church moved to an enviable position in Nigeria and he was known nationally and internationally.

She died of cancer in London after a protracted battle with the disease.