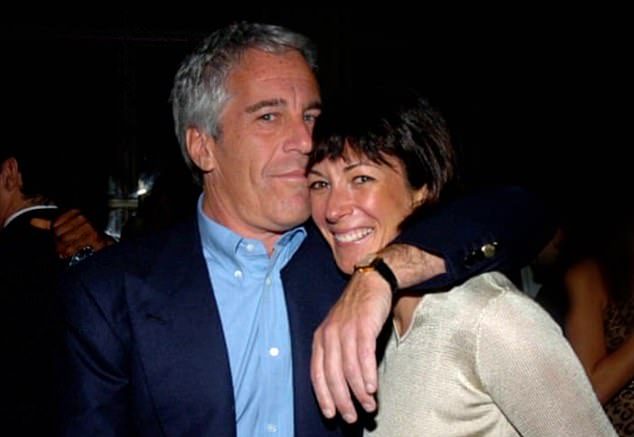 Epstein and Ghislaine Maxwell: both partners in sexual abuse

Maxwell was convicted on five of six counts.

Maxwell, 60, was accused of recruiting and grooming four teenagers for Epstein between 1994 and 2004. Her former boyfriend Epstein killed himself in 2019 in a Manhattan jail cell while awaiting trial on sex abuse charges of his own.

Maxwell could be sentenced to up to 70 years in prison for the six counts she faced in this trial. She also faces two perjury counts that will be tried separately.

Along with the trials of movie producer Harvey Weinstein and singer R. Kelly, Maxwell’s case is among the highest-profile trials to take place in the wake of the #MeToo movement, which encouraged women to speak out about sexual abuse by famous and powerful people.

During the trial’s closing arguments in federal court in Manhattan a prosecutor said Maxwell was Epstein’s “partner in crime.”

“Ghislaine Maxwell made her own choices. She committed crimes hand in hand with Jeffrey Epstein. She was a grown woman who knew exactly what she was doing,” Assistant U.S. Attorney Alison Moe said.

Maxwell’s attorneys argued she was being used as a scapegoat for Epstein and sought to portray the accounts of her four accusers as not credible, saying their memories had been corrupted over the decades and that they were motivated by money.

“Epstein’s death left a gaping hole in the pursuit of justice for many of these women,” Maxwell’s defense lawyer Bobbi Sternheim said. “She’s filling that hole, and filling that empty chair.”

Maxwell dated Epstein for several years in the 1990s, when the pair attended high society parties and traveled on luxurious private jets.

A few months after Epstein’s death, Maxwell purchased a home for $1 million in cash in Bradford, New Hampshire where she remained out of the limelight until her July 2020 arrest.

An FBI official said Maxwell had “slithered away.”

Daughter of British press baron Robert Maxwell, Ghislaine Maxwell had been accustomed to opulence all her life.

Her father founded a publishing house and owned tabloids including the Daily Mirror. He was found dead off his yacht near the Canary Islands in 1991.

During the trial, jurors heard emotional and graphic testimony from four women, two of whom said they were 14 when Epstein began abusing them. Three of the women said Maxwell herself had inappropriately touched them.

The jury requested transcripts of the four women’s testimony during their deliberations, suggesting the jurors discussed the women’s accounts before reaching the verdict.

A woman known by the pseudonym Jane testified that she was 14 when Epstein first abused her in 1994.

Maxwell sometimes took part in her sexual encounters with Epstein and acted as if it was normal, Jane testified.

Moe said during her closing argument that Maxwell’s presence made young girls feel comfortable with Epstein. Otherwise, receiving an invitation to spend time with a middle-aged man would have seemed “creepy” and “set off alarm bells,” Moe said.

“Epstein could not have done this alone,” she said.

Moe reminded jurors of bank records they saw at trial showing that Epstein paid Maxwell millions of dollars over the years. She said Maxwell was motivated to do whatever it took to keep Epstein happy in order to maintain her luxurious lifestyle.

Defense attorney Laura Menninger countered during closing arguments that Maxwell was an “innocent woman” and that prosecutors had not proven beyond a reasonable doubt that Maxwell was aware of or involved in any crimes Epstein committed.