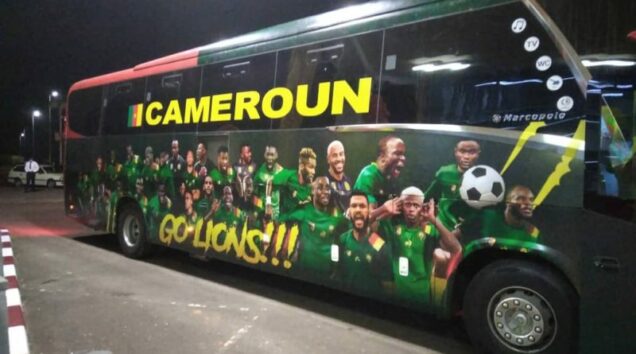 Samuel Eto’o Fils, the president of the Cameroonian Football Federation has gifted the Indomitable Lions a 70-seater bus, just in time for AFCON.

The new bus arrived late on Monday, December 27, about two weeks to the kick-off of 2021 AFCON.

As reported by the local sports paper Sports Glitz, the bus donation was part of the promises made by Samuel Eto’o, while campaigning to be president of the football federation.

He also promised more stadia and a complete overhaul of the Cameroon Football Federation, FECAFOOT.