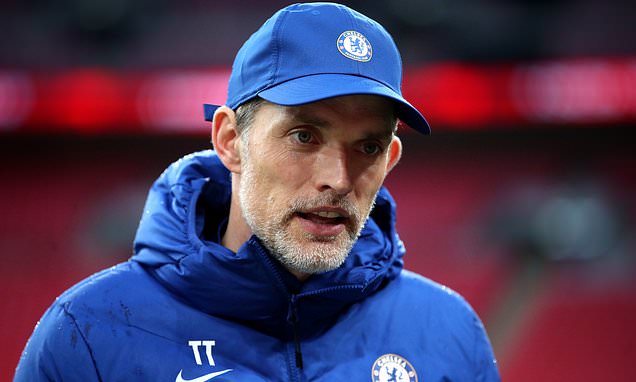 Chelsea Manager, Thomas Tuchel has said it is stupid to think Chelsea are still in the Premier League title race.

He blamed the situation on the high number of Covid cases and injuries his squad have been dealing with.

The London Club slipped to a 1 draw against Brighton in the Premier League on Wednesday.

In the match, they lost Reece James and Andreas Christensen to injuries.

Their draw against Brighton meant that they have won only two out of their previous five games.

Their title rivals Manchester City have experienced no such slip-up, tasting victory in each of their last 10 matches. Pep Guardiola’s side now have an eight-point lead over the Blues heading into the New Year.

Tuchel while speaking to BBC sport on Wednesday asked how it was possible for Chelsea to finish top of the league.

He continued: “We have seven Covid cases. We have five or six players out for six or more weeks. How should we compete in a title race?

“Everyone else who has a full squad, everybody in training has the full power to come through this league.