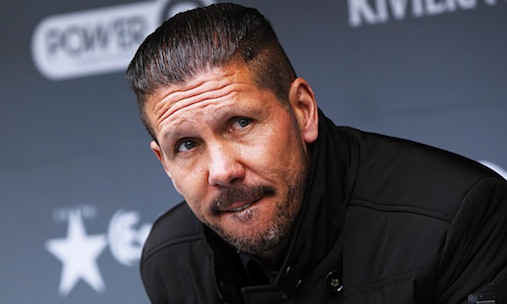 Spanish LaLiga and Segunda have been hit hard by COVID-19 with over 200 positive cases recorded and top clubs, Madrid, Atletico and Barcelona not spared.

They all would have to isolate at home, as per Spanish government guidelines, and they will miss Sunday’s clash with Rayo Vallecano, who have reported more than 15 positive tests.

All of them would also miss the Copa del Rey clash with Rayo Majadahonda, but likely to return for the Villarreal clash on January 9, depending on the outcome of their next test.

Barcelona and Real Madrid have also been seriously hit by the virus.

The Catalans had already been hit by a number of COVID-19 cases in their squad, with Ousmane Dembele, Samuel Umtiti and Gavi set to miss Sunday’s LaLiga trip to Real Mallorca after testing positive. read more

“Footballers Sergino Dest, Coutinho and Ez Abde have tested positive for COVID-19. The players are in good health and self-isolating at home. The club has reported the cases to the relevant authorities,” Barcelona said in a statement.

Spain’s 14-day infection rate hit a new record of 1,360 cases per 100,000 people on Tuesday, rising from 1,206 cases the previous day and marking a five-fold increase since the beginning of December