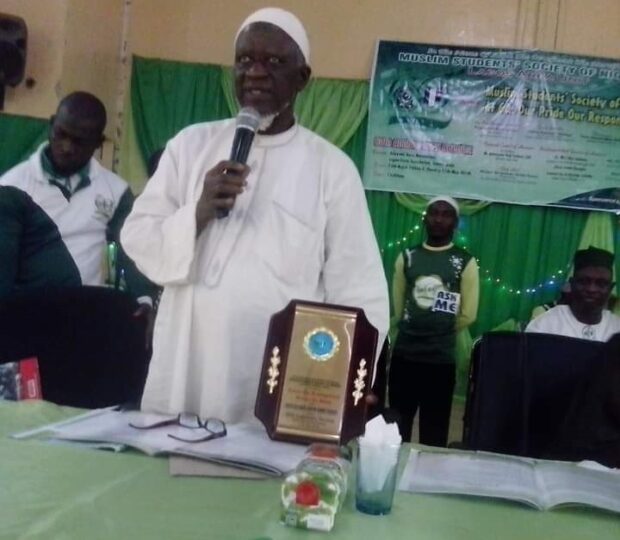 The Lagos State Area Unit of the Muslim Students’ Society of Nigeria (MSSN Lagos) has commiserated with its national body over the death of former National President, Prof Huseini Abdulkareem.

Abdulkareem died on Sunday and had been buried in Lagos, according to Islamic rites.

In his condolence message on Thursday, the Amir (President) of MSSNLagos, Mallam Miftaudeen Thanni, described Abdulkareem’s demise as a big loss to the entire Muslim community and youths.

He also commiserated with the entire AbdulKareem family, praying that Allah will give them the fortitude to bear the loss.

According to him, the impact, contribution, and solid foundation laid by the late Prof Hussein Abdulkareem remain the pillars that sustain society to date.

“He will be greatly missed as a father, mentor, and selfless leader of MSSN family because of his contribution to both society and academic field.

“He is a credible mentor and fatherly figure worthy of emulation. We commiserate with our MSSN National body ably led by Mallam Shehu Abubakar, on Professor’s demise,” Thanni said.

Thanni prayed to Allah to accept the return of the late former National president and accept his contributions to the growth of Islam in the country.

The students’ leader on Tuesday, December 28, 2021, declared open the 111th edition of the Annual December Islamic Vacation Course with the theme, “The real world order”.

He urged leaders and members of the society to pray for the departed soul of the late professor as they participate in the week-long vacation course ending January 2, 2022.