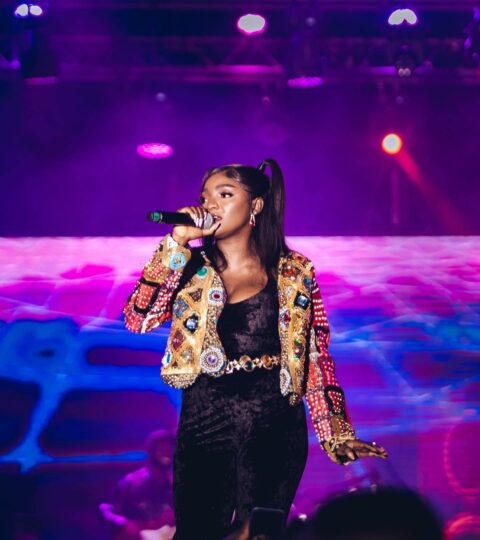 Nigerian singer Simi has apologized to her fans, #SimiArmy, for starting her concert titled ‘Can you see me now’ late.

The event which took place at the popular Muri Okunola Park in Victoria Island on Wednesday was scheduled to start by 3pm but was delayed and some fans had to leave even before it started.

Simi, however, apologised for the late show:

“I apologize for how late we started. Even I was agitated. Many had to leave before the show even started. I know I let you down. E ma binu. It takes too many people to make an event like this work and we dropped the ball. Sorry,” she wrote on Facebook on Thursday.

The singer, however, thanked everyone who made the show a success.

She said: “Glory to God for the success of this concert.
I’m grateful to everyone that came out for me and sang EVERY song at the top of their lungs. I appreciate you so much. Thank you #SimiArmy I love you!!
All the artists that came out to support me, I’m grateful to you, thank you so much
My incredible band “The Banjos” Y’all showed out as always!! Thank you.
@vinpres @i.y.a.n.u.o.l.u.w.a @oscarhemanackah we did it guys!! Damn lmao you already know how we do. I love y’all so much!!!!

Can you see me now.

The show was hosted by popular Nigerian actress and social media sensation, Kiekie.

Musicians such as Falz, Ladipoe, Joeboy, Patoranking, Zoroswag, and others thrilled the audience with their performances during the event.

An epic moment was when Simi invited her husband, Adekunle Gold better known as AG Baby .

As they both sang their song, ‘Promise,’ the audience erupted in pleasure.

Simi spoke during Adekunle Gold’s performance, stating: “AG baby is your baby on stage, but my baby at home,” which elicited laughter from the audience.