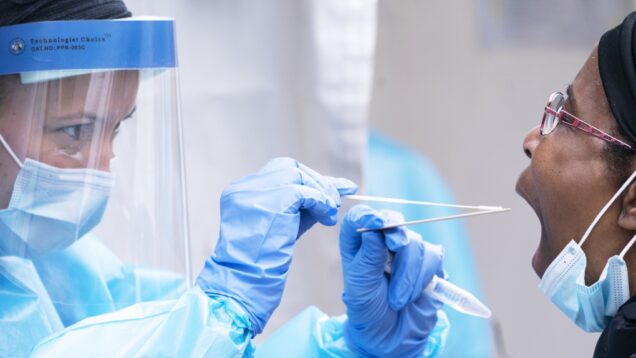 Ontario province in Canada reported 13,807 new COVID cases on Thursday, setting yet another new record for the most cases recorded within 24 hours.

The provincial case total now stands at 739,648, according to globalnews.ca.

Thursday’s count surpassed the previous single-day high reported just the day before on Wednesday when 10,436 new cases were recorded.

Case counts due to the Omicron variant have surged over the last couple weeks.

For comparison, last Thursday saw 5,790 new cases and the Thursday before that saw 2,421.

All other local public health units reported fewer than 500 new cases in the provincial report.

Although ICU capacity had previously remained relatively stable, the number of people in ICUs and for general hospitalisations due to COVID-19 is now on the rise following the surge in cases.