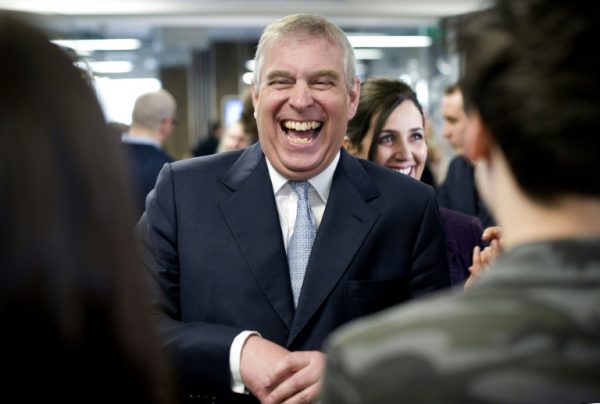 Los Angeles attorney Lisa Bloom, said the conviction of Jeffrey Epstein’s “madam”, Ghislaine Maxwell, ought to be a warning for Prince Andrew, the disgraced financier’s associate.

Bloom represented several of Epstein’s alleged victims during the trial of Maxwell.

Bloom told the Daily Mail that the Duke of York “should be quaking in his boots because this shows that a jury is willing to come back with a guilty verdict even if the accusers are not perfect, as no human being is”.

Prince Andrew was previously accused by one of Epstein’s purported victims, Virginia Giuffre, of sexually assaulting her when she was just 17, an allegation that the Duke vehemently denies.

The Duke of York’s lawyer insists that Giuffre’s civil lawsuit against Prince Andrew should be dismissed due to Giuffre having spent the majority of the past 20 years in Australia rather than the US.

Bloom said she thinks that “in his [Prince Andrew] case he’s hoping that his lawyers can cross-examine Virginia and get her on some prior statements that she’s made and mistakes that she’s made. And I just don’t think that’s going to fly. I think he should be very concerned”.

According to her, the Maxwell verdict now turns Prince Andrew into a self-confessed close friend of a child sex trafficker, an apparent nod to the Duke of York admitting a friendship with Maxwell in the so-called “car crash” interview with the BBC in November 2019.

“He clearly had a relationship with Jeffrey Epstein. And an even closer relationship with Ghislaine Maxwell. I mean, he said it himself in the interview that he gave that he was actually closer to Ghislaine. And she is now a convicted sex trafficker. So that just brings us one step closer to Prince Andrew”, Bloom stated.

On Wednesday, a New York Jury found Maxwell guilty on five charges, including sex trafficking of a minor, transporting a minor with the intent to engage in criminal sexual activity, and three counts of conspiracy.

US Attorney Damian Williams said in a statement after the verdict that Maxwell was found guilty of “one of the worst crimes imaginable – facilitating and participating in the sexual abuse of children”.

“Crimes that she committed with her long-time partner and co-conspirator, Jeffrey Epstein. The road to justice has been far too long. But, today, justice has been done. I want to commend the bravery of the girls – now grown women – who stepped out of the shadows and into the courtroom. Their courage and willingness to face their abuser made this case, and today’s result, possible”, Williams underscored.

Maxwell, the daughter of late newspaper publisher Robert Maxwell, was arrested on 2 July on federal charges related to her procuring of young girls for Epstein, who, officials declared, committed suicide in a New York detention centre while awaiting trial in August 2019 for illegal sex acts and lying to US federal investigators.

The cause of his death, however, remains disputed amid conspiracy theories speculating over whether he was murdered to prevent him from testifying against his high-profile friends, including Prince Andrew, as well as former US Presidents Donald Trump and Bill Clinton.