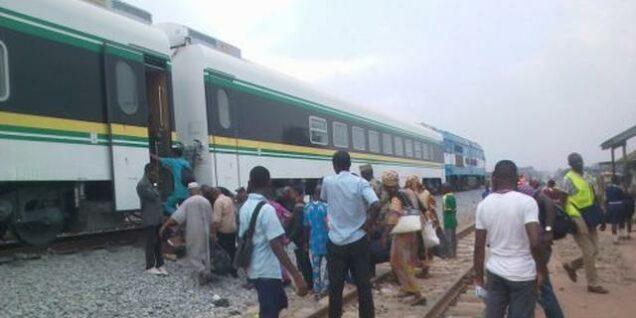 The Nigerian Railway Corporation (NRC) said no fewer than 30,000 passengers have enjoyed the free train ride on the Lagos-Ibadan standard gauge between Dec.24 and 31, 2021.

The Federal Government had declared free train rides from Dec.24 till Jan. 4, 2022, to all Nigerians to ease the movement of citizens during the Yuletide period.

Unyimadu said that the NRC has been having passengers fill up the train capacity without paying a dime since the declaration of the free train ride.

He, however, said that the train had always been filled to capacity before the declaration of the free ride, adding that the free service now affords passengers the opportunity not to pay.

“People have been trooping in their thousands from Dec. 24 and we carry between 600 and 700 passengers per trip.

“On Dec. 24 we ran four trips from Ibadan to Lagos and four trips also from Lagos to Ibadan, making a total of eight trips per day on both ends.

“Every other day, from Dec. 25, we ran three trips from Ibadan to Lagos and Lagos to Ibadan totalling six trips per day,” Unyimadu said.

He, however, complained of passengers boarding the train for the fun of it and having nothing to do in either Ibadan or Lagos during this free service and thereby disallowing those with tangible businesses.

Speaking on the high price charged by motorcycle riders and cab operators to convey passengers to train stations, Unyimadu said it was not the business of the NRC to provide shuttle buses to carry passengers to their destinations.

“Ours is to run the train service and there is little we can do to assist them on that aspect, we are aware that something like that do happen,” he said.