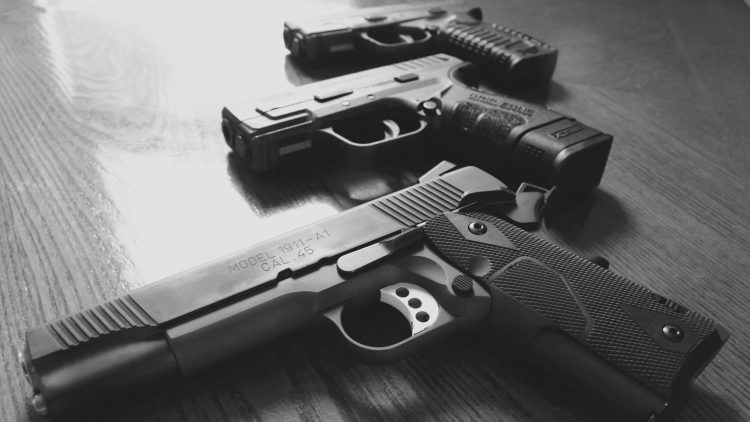 A Kaduna Chief Magistrates’ Court, on Friday, ordered that two men be remanded in a correctional centre for possession of illegal firearms.

The police charged Liman Bashir, 25 and Sani Nasir, 25 with conspiracy and unlawful possession of firearms.

Magistrate Ibrahim Emmanuel, who did not take the plea of the suspects, ordered the police to return the case file to the State Director of Public Prosecutions (DPP) for legal advice.

Earlier, the Prosecution Counsel, Insp. Chidi Leo told the court that the suspects were arrested on the Zaria Road, Kaduna, by operatives of the FIB-IRT Kaduna State on Dec.15.

Leo said that one locally fabricated automatic pistol, one Dane gun, eight cutlasses, knives and daggers were recovered from the men.

He said that they confessed that they were on their way to Zaria, Kaduna, for an operation.

The offence, he said, contravened the provisions of sections 6 (b), 2(1) and 3 of the robbery and firearms (special provision) Act RII LFN, 2004.