Kukah: Despite my criticisms, Buhari picks my calls 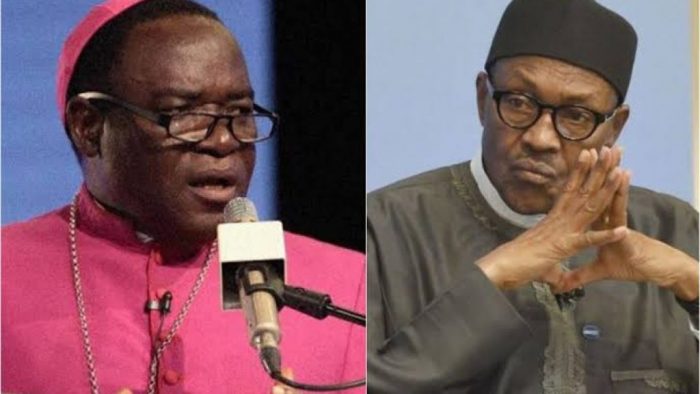 Kukah spoke to journalists at St Bakhita Catholic Secretariat Sokoto when responding to questions on his frequent criticisms of the President Muhammadu Buhari’s administration.

Kukah said he does not hate the President, but was only concerned about rising insecurity and killings in the country, as well as lopsided appointments by his administration.

“Ours has become a house of horror with fear stalking our homes, highways, cities, hamlets and communities as bandits and insurgents maim lives at will”, Kukah said.

But the cleric said despite his criticisms, he maintains a cordial relationship with the President.

He added that the President still picks his calls whenever he called him.

“If I pick up my phone and call Mr President now he will pick it up. The other time he missed my calls he called me back and we greeted each other.

“But you know some people cry more than the bereaved”, he stated.

He blamed overzealous aides for trying to put a wedge between him and Buhari.

“In a developed country, when you speak the truth you will be celebrated. Look at how people are celebrating the late Archbishop Desmond Tutu, but here people tag you as an enemy of the government,” said Kukah who added that at nearly 70 years, nobody can stop him from telling the truth.

Kukah also endorsed the refusal of the President to assent to the Electoral Act Amendment Bill, noting that political parties should be given the chance of how they will select candidates for election.

The Cleric therefore advised the National Assembly to remove the section related to direct or indirect primaries in the Amendment Bill so that the the president can assent to the bill.