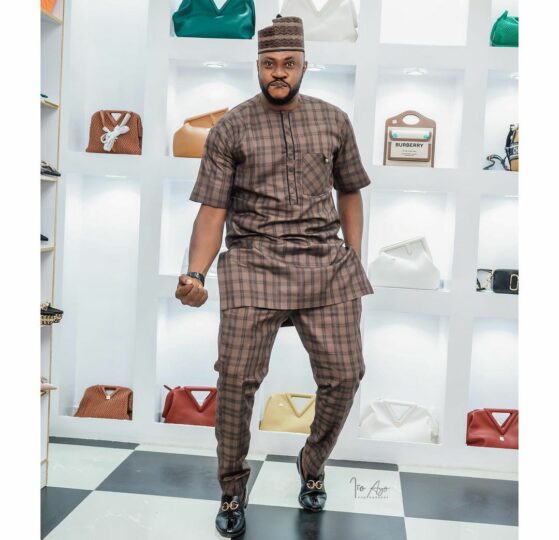 Popular Nollywood actor, Odunlade Adekola has clocked 45 years and he is elated about adding another year on the eve of New Year.

The actor took to his Instagram page to announce his new age and gave God the glory.

“I really appreciate your support and Love ❤️ The glory of God will not depart from Us in Jesus name. Happy New Year in Advance to you!”

Several of his friends have been congratulating him on his new age.

Adekola was  born on 31 December, 1976 and raised in Abeokuta, Ogun State but from Otun Ekiti, Ekiti State.

He gained popularity and was widely known with his lead role in Ishola Durojaye’s 2003 movie, Asiri Gomina Wa, and has acted in multiple Nollywood movies since then. He is the founder and CEO of the Odunlade Adekola Film Production (OAFP). He is married to Ruth Adekola.

Odunlade Adekola began his acting career in 1996, the same year he joined the Association of Nigeria Theatre Arts practitioners.

He has starred in, scripted, produced and directed several Nigerian films over the years. In April 2014, Adekola won the Africa Movie Academy Award for the best actor of the year. In December 2015, he marked his entrance into the Nigerian music industry. Photographs of Odunlade during filming are widely used as internet meme across the Nigerian webosphere.