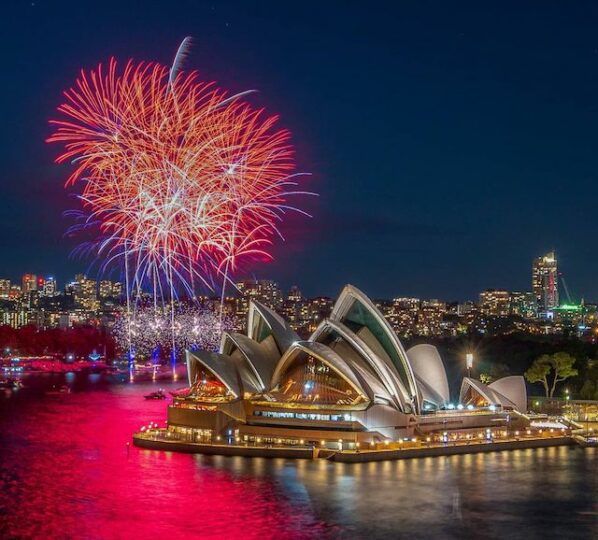 Australians welcomed 2022 with a traditional fireworks display over Sydney harbour, but there would be no displays above many of the world’s traditional landmarks.

There will be no fireworks over Paris’s Arc de Triomphe, London’s Big Ben and the Petronas Towers in Kuala Lumpur.

Thanks to Omicron, the New Year began its annual roll from East to West quietly – with no official firework display in Auckland, New Zealand.

Sydney opened the global celebration in vintage style, with its usual spectacular pyrotechnics reflected in the harbour below the Sydney Opera House.

Still, in Sydney queues were forming in the morning at the best vantage points to watch the fireworks over the harbour, an annual staple of television broadcasts around the world as one of the first big cities in the world to welcome each new year.

Elsewhere in Asia, celebrations were mostly scaled down or called off.

In South Korea, a traditional midnight bell-ringing ceremony was cancelled for the second year and authorities announced an extension of stricter distancing rules for two weeks to tackle a persistent surge in infections.

China, where the coronavirus first emerged in late 2019, was on high alert, with the city of Xian under lockdown and New Year events in other cities cancelled.