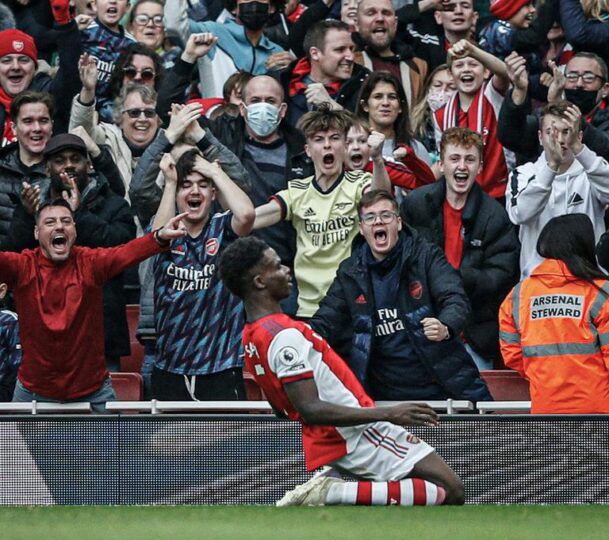 Arsenal scored the first Premier League goal in 2022 as they lead Manchester City at the Emirates Stadium on Saturday afternoon.

The England striker continues his brilliant form as he guides Tierney’s low ball past Ederson and into the far corner.

The goal came from a lovely move from Arsenal – worked out to the left to Tierney through Odegaard. Tierney’s rolled ball back across was perfectly judged, and Saka’s finish was brilliantly taken. That’s his fourth Premier League goal in three games.

It’s a well-deserved lead at half-time. Arteta was absent due to Covid-19 but his team played the first half with no fear. They attack quickly and also press Manchester City with full confidence.

Watch the goal from Bukayo Saka below: