Omashola set for marriage, proposes to girlfriend under water (video) 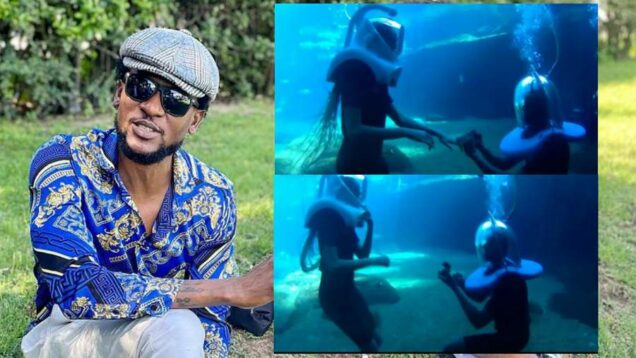 Omashola set for marriage, proposes to girlfriend under water (video)

Former Big Brother Naija housemate, Shola Oburoh aka Omashola is set to get married as the reality star popped the big question to his girlfriend underwater.

Omashola shared a video of the big moment on his verified Instagram captioning it “2021 has a lot of secrets but my biggest highlight was when she said YES and the rest is history. Please don’t ask me what happened. Happy New Year.”

According to the video, the ex-BBNaija housemate and his girlfriend were underwater when he popped the big question.

An obviously joyous Omashola’s girlfriend was excited to have received the proposal according to scenes in the video shared.

Omashola was part of the housemates of the fourth BBNaija edition dubbed ‘pepper dem.’ After his time on the show, he has been involved in a lot of things including acting.

He has acted in a number of movies including ‘The Amanta Twins.’ Omashola is also a model and an entrepreneur.