Shooting in Minnesota's Mall of America 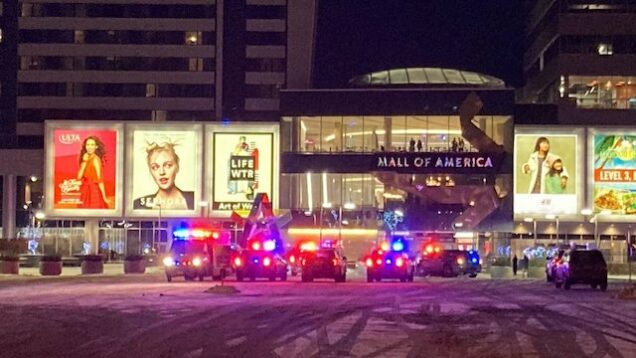 The Mall of America

Shooting has been reported in Minnesota’s Mall of America on New Year’s eve and several shoppers injured..

The mall was put on lockdown by the police.

Bloomington Police confirmed two people were injured in the shooting.

The shooter reportedly fled, possibly in a vehicle, and the victims’ injuries are considered not life-threatening.

At 5:42 p.m. local time, police said the mall was back to normal operations after a “short lockdown.