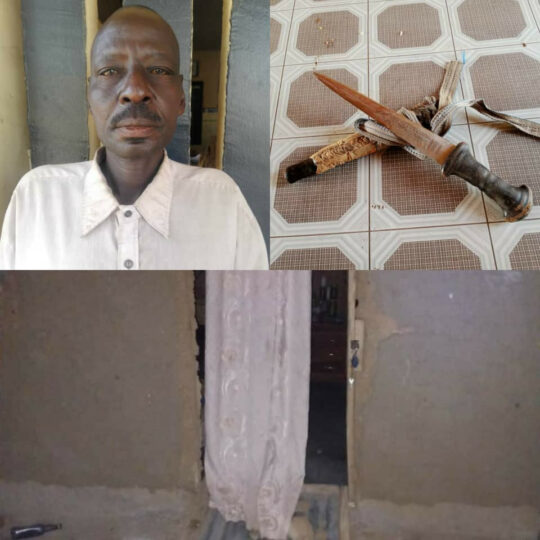 According to Nguroje, the suspect stabbed his 40-year-old wife with a knife following an argument.

He said that the argument had led to their separation of over 20 years of marriage.

Nguroje said that according to the first information, after their separation, the wife relocated to a nearby house close to her husband’s house.

“In an effort to fix her new room, she (late Hansatu) removed a zinc door of her former house to fix on her new apartment.

“Angered by her action, the suspect used a knife and stabbed his wife and mother of his eight children in the neck.

” As a result of the injury, she fell and was rushed to a nearby hospital where she was confirmed dead,” Nguroje added.

He said that the suspect was apprehended by Gombi Police Divisional headquarters, following a report received from Malam Jauro Boka, a village head of Lande.

The Commissioner of Police in the state, Mohammed Barde, has directed a discreet investigation into the matter and advised members of the public to avoid taking laws into their hands.