Are Super Eagles ready for AFCON? only 12 players in camp 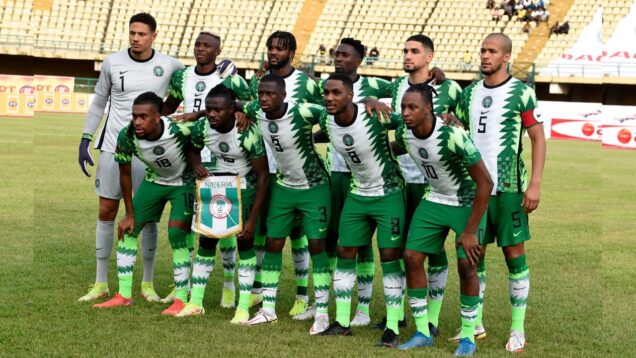 Are Super Eagles ready for AFCON? only 12 players in camp

A total of 12 foreign players are now present in the Super Eagles camp at the Bolton White Hotel, Abuja ahead of the Africa Cup of Nations (AFCON) in Cameroon.

With just 7 days to go, 16 more players are yet to report to the Super Eagles camp.

A source close to the Nigerian players, Godwin Enakhena, reported that “about 90 percent of the players invited to play for Nigeria at the Africa Nations Cup in Cameroun have been in Nigeria for over a week, but as of this morning, only 12 out of the 28 are in camp in Abuja.”

Meanwhile, the Super Eagles are expected to commence training today Sunday before they leave for Garoua on Wednesday.

Super Eagles Media Officer, Babafemi Raji, who confirmed the training on Sunday morning, said the training will commence by 5 p.m.

However, Zaidu Sanusi (FC Porto, Portugal) and Moses Simon from FC Nantes of France were the latest to hit the camp late on Saturday.

The 2021 AFCON group stage will see Nigeria in Group D taking on Egypt on Jan. 11, Sudan on Jan. 15, and Guinea Bissau on Jan. 19, with all three matches taking place at the Adjia Stadium in Garoua, Cameroon.

However, with 7 days to go and only 12 players in Camp as of the time of filing this report, do you see Nigeria performing well at the AFCON?