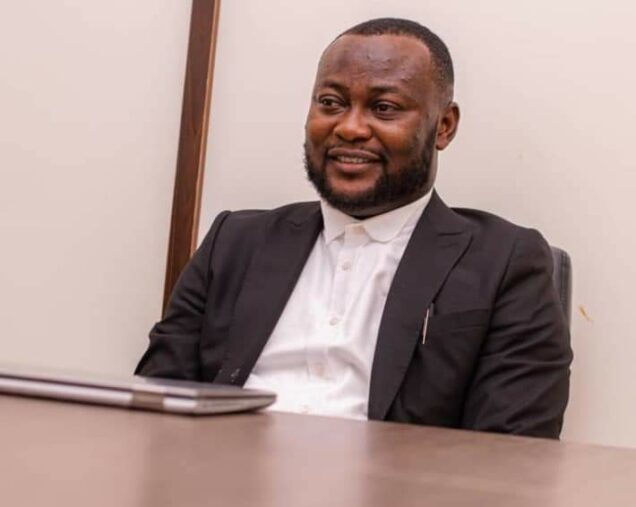 Olajengbesi, the Managing Partner, Law Corridor announced his resignation in a statement on his Facebook page on Sunday.

The lawyer who successfully secured the release of 12 associates of Igboho arrested by the DSS after a raid on the Ibadan, Oyo State home of the Yoruba Nation agitator did not state the reason for his decision to quit the legal team in his statement.

But Olajengbesi has been under attack by supporters of Yoruba nation after he issued a new year statement on behalf of Igboho late last week.

The legal practitioner, in the statement presented as issued by Igboho, had appealed to President Muhammadu Buhari to utilise diplomatic means to get him out of the detention in Benin Republic.

Also, the lawyer had on Saturday condemned assertion by Professor Banji Akitoye, the leader of Yoruba secessionist group, Ilana Omo Oodua that governorship elections scheduled for Ekiti and Osun States later in 2022 may not hold if Igboho is not released from jail in Benin Republic.

But in reaction, Ilana Omo Oodua, in a statement on Sunday by one of its leaders, Maxwell Adeleye, said Olajengbesi does not speak for Igboho and is not involved in the Yoruba Nation self-determination struggle.

Adeleye said the work of Olajengbesi ended with his defence of Igboho’s aides and relations arrested by the Department of State Services (DSS) on July 1, 2021, in Ibadan, Oyo State.

“We are surprised that Olajengbesi wrote a new year message to President Muhammad Buhari on behalf of Ighoho, lobbied the Nigerian Government indirectly, while he attempted to paint the image of a surrendered Ighoho.

“We want to state very expressly that the so-called new year message is a personal opinion of Pelumi Olajengbesi and not the position of Chief Ighoho”, Adeleye said in the statement.

Olajengbesi’s resignation was believed to be his reaction to the statement issued by Ilana Omo Oodua.

The lawyer said in his statement on Sunday that he will also not have anything to do with Igboho or the affairs of Yoruba nation, but will conclude current cases involving two members of the group he is currently handling.

The lawyer also said he is not a Yoruba nation agitator, though as a strong believer in constitutional democracy, civil liberty and human rights which includes the right to self-determination.

“My reaction to Prof. Akintoye was not to undermine the Yoruba struggle but is based off my personal convictions which I am entitled to. I do hope my friends in the struggle will allow me enjoy the benefit of my right to such a choice as a person of thought and conscience,” said Olajengbesi.

Read his full statement below

This is to officially announce my resignation as counsel involved further in any matter relating to Chief Sunday Adeyemo Igboho and the Yoruba Nation Agitators.

As a firm, we are satisfied with our little best in contributing to providing legal solutions and representations to Chief Sunday Adeyemo (Igboho) and associated Yoruba Nation Agitators as far as ensuring the protection and enforcement of their rights in this matter. We were able to secure the release of twelve (12) persons brutally and unlawfully arrested by the reckless State Security Service (SSS), and also secured the release of an innocent herbalist equally unlawfully arrested and detained by the SSS. We have two persons with on-going terrorism trials at the Federal High Court and our firm will dutifully continue and close the trial having commenced their matter.

While thanking everyone, particularly Chief Yomi Aliyu SAN for the opportunity, and freehand service, Dr. OLASUPO Ojo for his fair leadership and Chief Femi Falana for allowing his industry to be tapped and for the moral support, I most respectfully wish to now step aside.

I have stated ab initio that the scope of my work will only be within the purview of my professional duty as a lawyer to Sunday Igboho and his aides . I am a strong believer in constitutional democracy, civil liberty and human rights which includes the right to self-determination but I am not a Yoruba nation agitator nor a member of any like organization. My reaction to Prof. Akintoye was not to undermine the Yoruba struggle but is based off my personal convictions which I am entitled to. I do hope my friends in the struggle will allow me enjoy the benefit of my right to such a choice as a person of thought and conscience.