Lukaku dropped for Liverpool match as punishment for bombshell interview 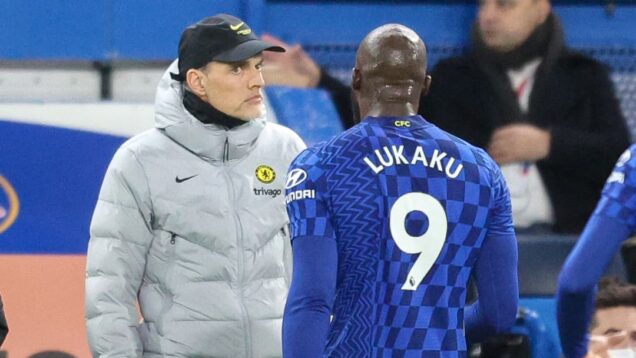 Chelsea manager, Thomas Tuchel has dropped Romelu Lukaku for their crunch tie against Liverpool after the striker said he was unhappy with his role at the club and would like to return to Inter Milan in the near future.

Although, the London club seem to agree that the striker meant no harm, however, they were not impressed with his behaviour and some fans have been left incensed.

According to  The Telegraph, Tuchel is weighing up disciplinary action against Lukaku.

Dropping the forward is undoubtedly an enormous call from Tuchel, whose side have already lost ground in the title race and will feel as though they must beat rivals Liverpool to keep up at the top.

Lukaku has netted twice in his last two games but Tuchel now needs to figure out how to replace him.

Timo Werner trained with the squad in the build-up to this game but was struggling with Covid-19 for over two weeks before returning to training, while Kai Havertz is yet to play a minute after overcoming the virus as well.

In the trio’s recent absence, it’s Christian Pulisic who was starting up top for Chelsea, but the American looked an awkward fit and is without a goal in his last seven Premier League appearances.