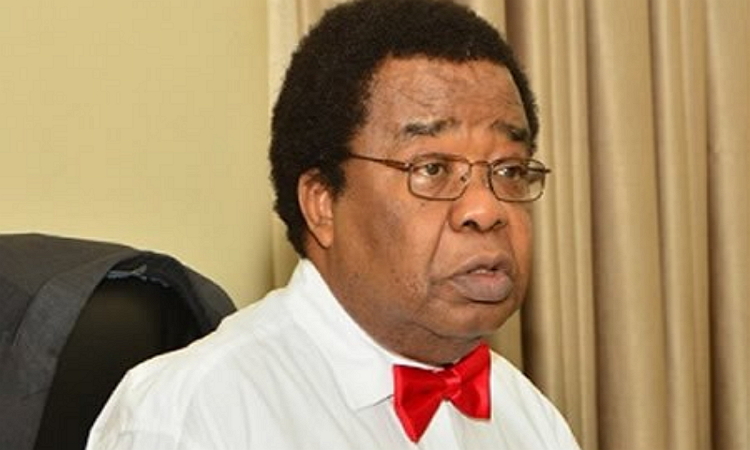 President Buhari joined the academia and the media in celebrating with the former minister, whose intellectual and managerial influence cuts across almost every sphere of national life. He has a stronger presence in the formulation of policies, particularly on democracy, good governance and diplomacy.
The President affirmed that the scholar had remained unwavering in his patriotism and loyalty to the growth of the nation and Africa. He headed the Nigerian Institute of International Affairs at 33, becoming a minister at 43, after earning a PhD at 27.

President Buhari added that Akinyemi’s foresight, steadfastness and diligence deserve commendation while appreciating his willingness to share his experience whenever the need arises. That is in the areas of shaping the electoral process for democracy and playing a significant role in global dialogue with other nations, the UN, Commonwealth and African Union.

As the scholar turns 80, the President prayed for good health and strength, especially in mentoring and inspiring younger scholars and leaders.

Akinwande Bolaji Akinyemi, professor of political science who was Nigeria External Affairs Minister from 1985 to late 1987, was born in Ilesa, Osun State, on 4 January 1942. He attended Igbobi College in Yaba from 1955 until 1959 and Christ’s School Ado Ekiti from 1960 to 1961. He was further educated at Temple University, Philadelphia, Pennsylvania, United States, from 1962 to 1964 and Fletcher School of Law and Diplomacy, Tufts University, Medford, Massachusetts, US, from 1964 to 1966. Akinyemi was also at Trinity College, Oxford, England, from 1966 until 1969.

He was a visiting professor at the Graduate Institute of International Studies in Geneva and at the Diplomacy Training Programme, University of Nairobi, Kenya, both in 1977. He was Regents Lecturer at the University of California, Los Angeles, the US in 1979, Professor of Political Science at the University of Lagos, from 1983 until 1985. He was a Visiting Fellow, St John’s College, Cambridge, England in 1984.

Akinyemi was Director-General of the Nigerian Institute of International Affairs (NIIA) from 1975 to 1983. Akinyemi was appointed Minister of External Affairs by military leader Ibrahim Babangida in 1985. In that position, he originated the Technical Aid Corps (TAC), a program that sent Nigerian professionals overseas to engage in volunteer work. He also came up with the concept of the “Concert of Medium Powers”.

He married Rowena Jane Viney in 1970. They have one son and three daughters.