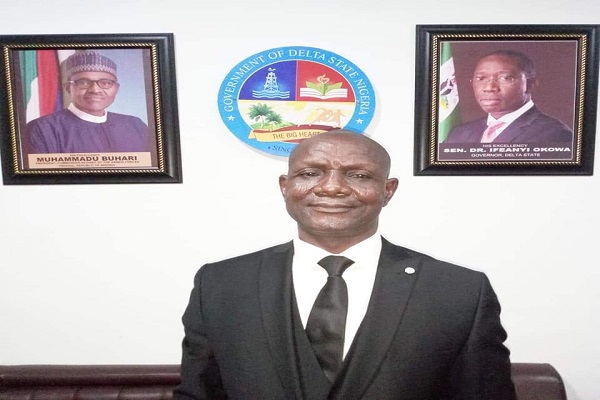 Fred Oghenesivbe, the erstwhile Executive Assistant on Communications to Governor Ifeanyi Okowa of Delta State, who was sacked last week over insubordination, has begged the governor for forgiveness.

Oghenesivbe was sacked after he alleged that Okowa didn’t treat him fairly for the past five years he has worked with him.

He added that the governor was surrounded by certain persons that have made him nepotistic in his dealings.

In a Facebook post by Oghenesivbe titled, ‘Tribal Bigot’, the aide said he had been denied certain benefits that accrued to others in the media department of the state government.

Oghenesivbe said he got two 25kg bags of rice and N50,000 out of the recent N25m released by Okowa to his media team.

However, Oghenesivbe in an open letter of a plea for forgiveness despatched to the governor on Sunday said the post went viral after a ‘grave error.’

He said the statement “fell into the hands of one of my core detractors and before it could be deleted, he went virile with it on social media”

Oghenesivbe added that, “I know for sure that millions of people across the state and beyond were surprised that I did not react negatively to my removal as EAC to H.E. the Governor of Delta State, and did not provoke media uprising.

“My candid intention was to enable the governor look into my plight and not to engage in media war, and from public reactions, it became glaring that my approach directly or indirectly amounted to an act of inappropriate official conduct, more particularly the content and the grave error that occurred while distributing one of the messages to few government officials. It fell into the hands of one of my core detractors and before it could be deleted, he went virile with it on social media.

“Consequently, I wish to use this medium to publicly apologize to H.E. the Governor and the state government over any embarrassment or inconveniences my unintentional act may have caused.

“I pledge my loyalty to the Governor as a financial member of the Peoples Democratic Party, PDP, and as a Party Chieftain.

“I thank God Almighty that the termination of my appointment was not based on gross incompetence and negligence of duty. I gave my all to the Governor and this administration from April 3, 2017, till 29th December 2021, and in the process made so many enemies for myself. I am a one-way traffic loyalist.”

“Let me state clearly that I will never in any form go against my former boss, the governor of Delta State, Senator Dr. Ifeanyi Arthur Okowa, or this administration either now or in the future.

“I urge Deltans and party faithful to continue to give our amiable Governor and this administration the needed support and prayers to finish strong in 2023. He is the father to all Deltans and I remain his loyal subject.”